The French transport minister said he would sign an agreement with Romania to help increase Ukrainian grain exports.

Grain should go mainly to developing countries, including the Mediterranean. This will help to stabilize the situation in the food market.

Ukraine’s grain exports have plummeted since the start of the war, mainly because of the situation in the Black Sea ports, which we informed you about in an earlier article. Following the closure of important routes, food prices in the world have risen significantly and there is fear of shortages, especially in Africa and the Middle East.

Romania is geographically ideally placed to become a kind of alternative route for grain exports from Ukraine. Now, this new agreement would increase grain exports through that country.

“Tomorrow I will sign an agreement with Romania that will allow Ukraine to get even more grain … towards Europe and developing countries, especially Mediterranean (countries) that need it for food.” 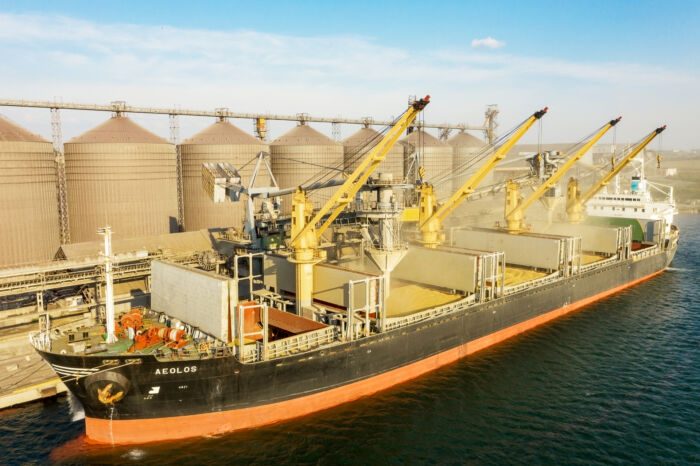 So there should be an increase in grain shipments by land, sea and river. According to Reuters, countries should focus on increasing efficiency at the ports of Galati and Constanta. Furthermore, border crossing facilities should be promoted, primarily in northern Romania.

Ukrainian grain is a big issue

This year’s grain harvest and exports from occupied Ukraine are a big topic. Initially, it looked as if almost no grain would be exported. Then the UK became more involved in helping with exports.

The next agreement was mainly for grain from the contested Zaporizhzhya region, where grain was allowed to be exported to Iraq, Iran, and Saudi Arabia.

Even though no agreements went completely without a problems, we saw Ukraine’s exports of food-related commodities enter July up 22.7% overall.

The latest UN-brokered grain export deal from Ukraine has raised some confusion. On 7 September, Russian President Vladimir Putin announced that only 60,000 tonnes of the total grain had been sent to Africa, the Middle East, and Asia. The rest, he said, went to EU countries.

You may also like: ECB „tries“ to fight the inflation

The British Ministry of Defence, however, rejected this claim and thought that approximately 30% of the grain had already arrived in Africa, Asia and the Middle East. It announced this on its Twitter account.

Find out more about the UK government's response: https://t.co/XE7QGQnZeh

So we will see in the coming days where the situation will move. We’ll keep you updated on all the highlights, so we recommend following us on social media so you don’t miss any news.