Britain is looking for ways to help Ukraine with its grain exports, which cannot leave the country by the usual shipping route.

Due to the war and blocked ports, Ukraine is facing problems to export over 20 million tonnes of grain out of the country. If it fails to do so, the shortage could put millions of starving people in poor countries at risk.

Britain and other allies are considering sending warships to the Black Sea, among other things, just to protect cargo vessels carrying Ukrainian grain, the British newspaper The Times reported. There should be a safe corridor for Ukrainian ships from Odessa to the Bosphorus Strait. 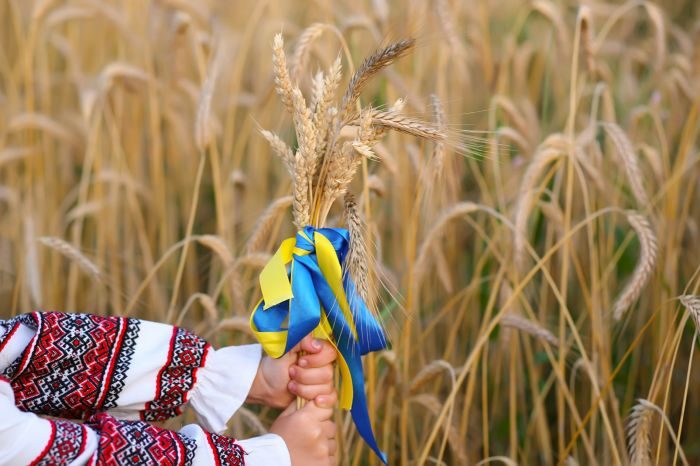 Wheat with a yellow and blue ribbon in the hands

Related: The World Bank will try to help with solving the food crisis

The Lithuanian Foreign Minister, Gabrielius Landsbergis, discussed the grain export corridor with the head of British diplomacy, Liz Truss. Some NATO countries should participate in its operation, but also countries that depend on grain supplies from Ukraine, such as Egypt. But such an operation would also require access to the now mined port of Odessa, and Ukraine would need to be supplied with long-range weapons with which to defend its coastline and ships from attacks by the Russian navy.

But the British newspaper also said, citing a statement by an unnamed Western diplomat, that establishing a corridor for grain exports by sea was inconceivable without Russia’s consent.

“To attempt this without Russian approval is to increase the risk of a possible incident.”

There will be nowhere to put the new harvest

Ukraine has millions of tonnes of grain in its silos and, with the harvest expected in five to six weeks, is facing an acute problem of how to empty them. If it fails to do so, it will have nowhere to store the harvest. Because of the blockade of Ukrainian ports, grain prices are also rising on world markets and international organizations, including the UN, are warning that food shortages could cause famine.

Strategically, this is another thing that suits Russia very well. After all, Russia is a world power in growing and exporting wheat, so these record-high prices are boosting their exports and therefore helping to strengthen the Ruble.