ECB „tries“ to fight the inflation

Today's macro report will include an update on the ECB's monetary policy as well as an analysis of the European energy picture.

Today’s macro report will include an update on the ECB’s monetary policy as well as an analysis of the European energy picture. We have also reached our TP in our bearish SPX thesis (3.5 – 5.0%) and will observe what the market is currently pricing in, beginning with the ECB.

ECB significantly updated its inflation and GDP forecast. Inflation is now anticipated to average 8.1% in 2022, 5.5% in 2023, and 2.4% in 2024, which is a major upward revision of ECB staff inflation predictions.

After a recovery in the first half of 2022, new data suggest a significant slowdown in economic development in the euro area. The economy is anticipated to stall in the second half of the year and the first quarter of 2023. This is ECB’s standpoint, but we have been commenting on such a stance for several weeks (3-7) in our regular macro reports. The current ECB’s projections for economic growth are 3.1% in 2022, 0.9% in 2023, and 1.9% in 2024. Inflation upwards, GDP downwards (in 2023).

However, the ECB was compelled to take such measures for various reasons. If they are always late to the party, the rate hike of 75 basis points and “further hikes announced” seem to be presently more dangerous. In our opinion, the primary driver of inflation in Europe is supply, but a secondary effect has begun to manifest itself in the CPI and the main basket. This is confirmed solely by core inflation, which excludes energy and food. The fact that core inflation is above the target rate for the medium term is one of the reasons why the ECB needed to take such action.

The following reason is that the euro is absolutely in a weakening mode right now, significantly harmed by energy prices and by the economic slowdown. The ECB needed to take action to stop the significant depreciation of the euro because it also drives inflation pressures. The issue is that the economic slowdown is notable, and thus the ECB is hiking towards strong recession fears. 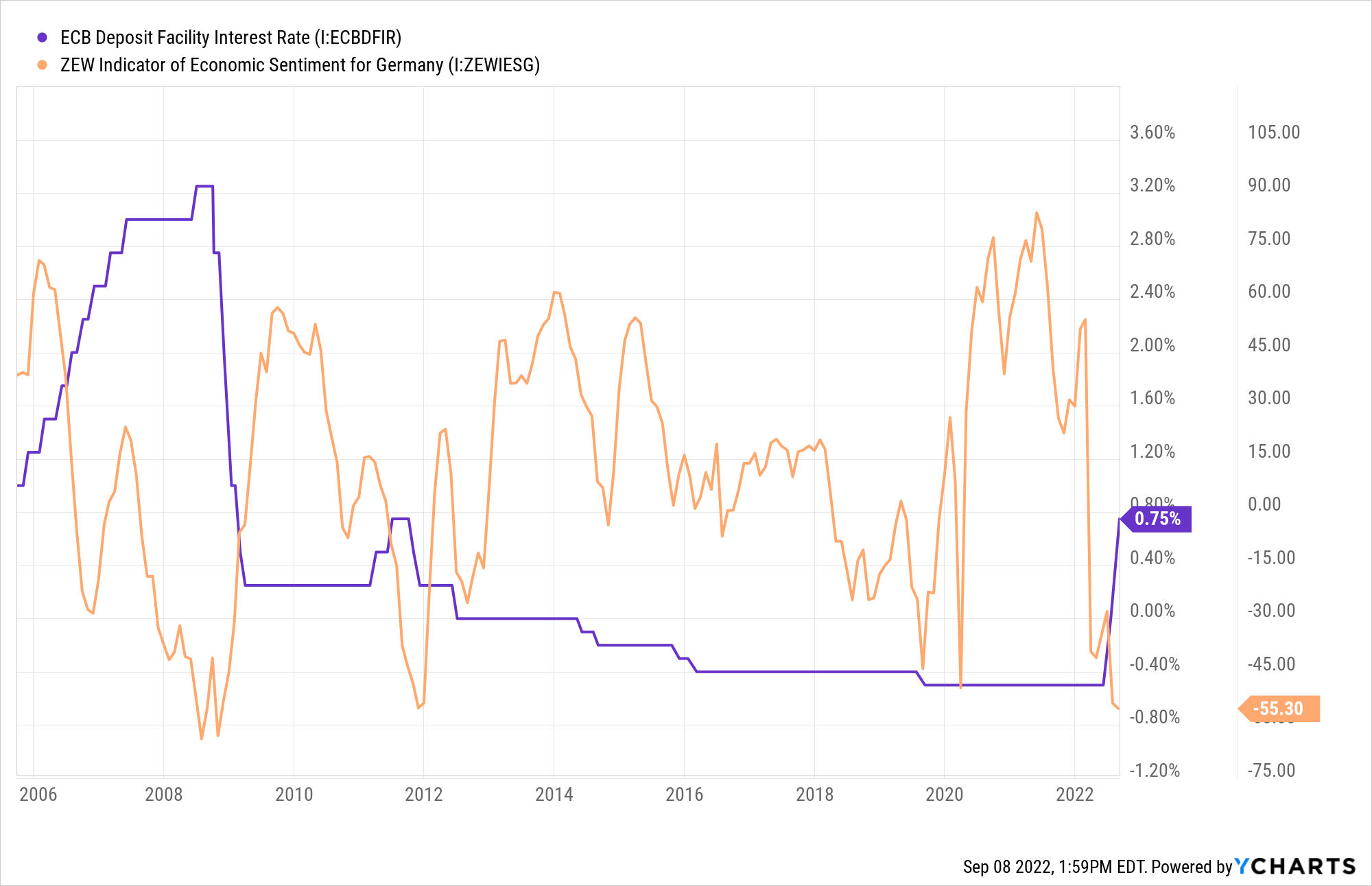 Thanks the following amazing energy outlook chart from @Ole_S_Hansen we can monitor more important notes: 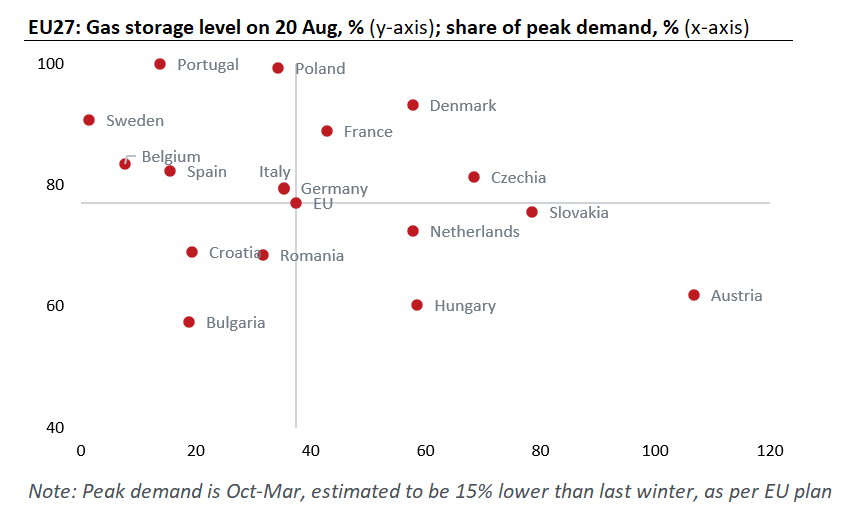 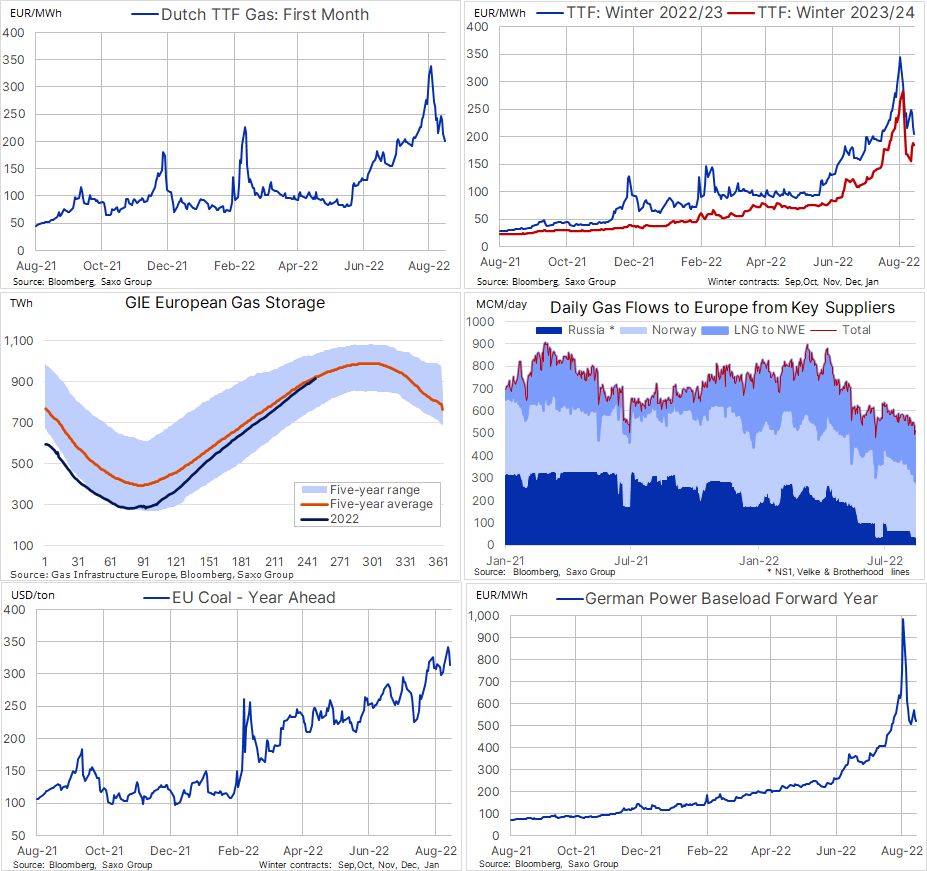 That’s not all. In the very short term, the European Commission (EC) will try to solve the electricity and gas price correlation issue. However, the majority of electricity is generated from sources other than gas. It is more connected to gas right now. The EC will try to solve this and take a verbal intervention. That’s the reason why we saw a massive pullback in electricity prices during the last week.

In the previous weeks, we launched our SPX short thesis with a target of 3.5–5.0%. This trade was successful. We currently have 1/2 oil short positions. Oil fell very significantly, thus giving us a full profit from this trade. The trade is still open, but we will close 1/2 of the remaining positions.

Currently, 3/4 of the trade will be closed with a large profit, while the remaining 1/4 we will let go and monitor in case of a further downturn. In the short term, oil is not fulfilling a condition for a great risk/reward ratio, but macro fundamentals are still worsening, thus confirming our thesis. The rest of the position can be managed more easily and we will target a range of 70-73 USD/barrel.

Read also: The sad story of Bed Bath & Beyond

In the case of our last position, bonds (TLT or German bunds) with great duration, we took a profit as we ended 1/2 of the position near the local top. However, the remaining 1/2 is in a loss due to rising yields in both Europe and the United States. However, the German yield of government bonds with 30 years of maturity is reaching 1.788%. If the yield rise between 1.8 and 2.0%, we will consider entering a long position. Reasons are primarily strong recession fears in the EA, which predict lower economic growth and a less hawkish ECB stance. 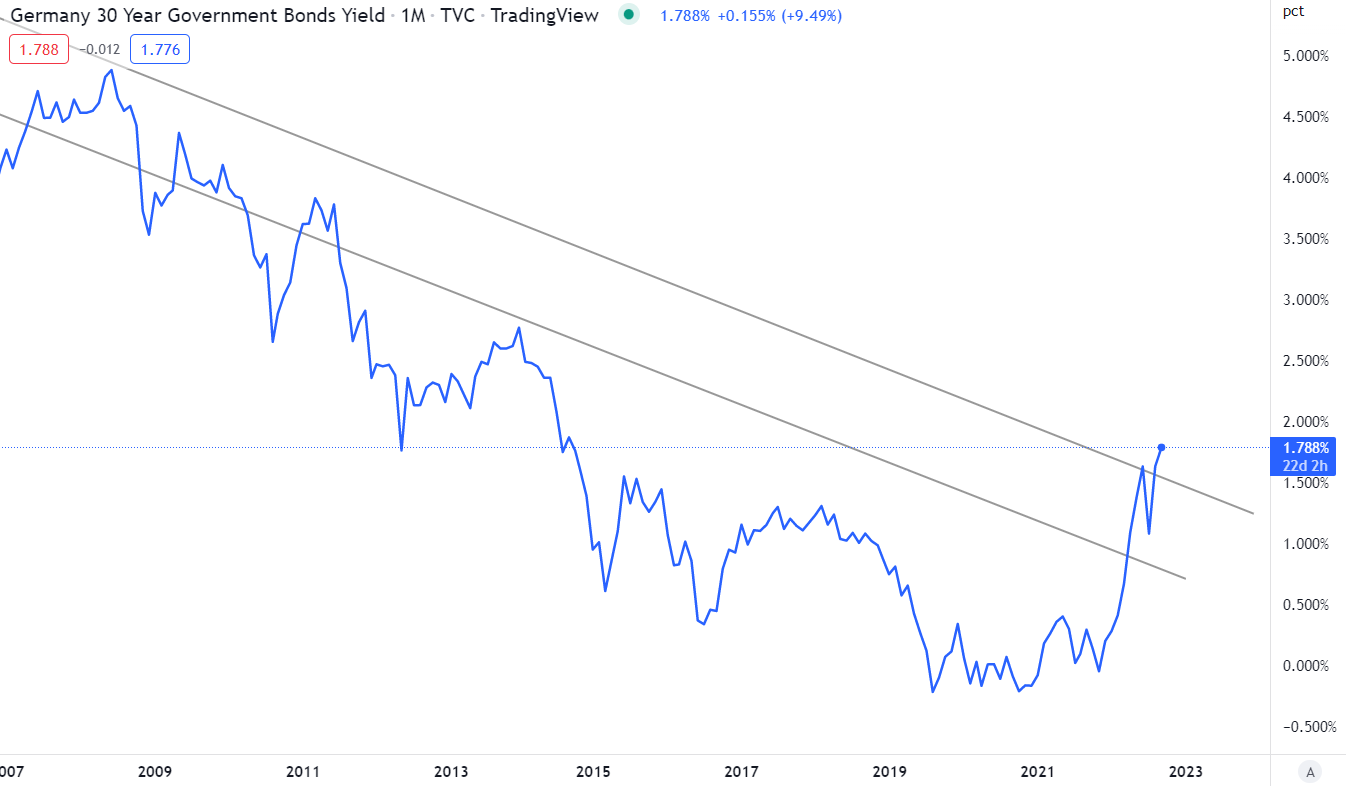 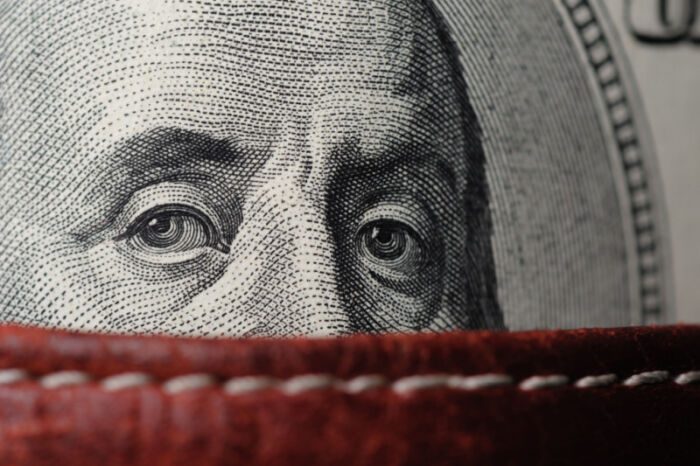