Volatility will likely be elevated today as investors will react to the US jobs data.

The USD/JPY pair traded slightly lower heading into the US session on Friday, awaiting this week’s crucial data near 147.75.

Focus on the US labor market

The dollar rose earlier this week after Powell soothed concerns that the Federal Reserve might soon begin slowing the rate at which it raises interest rates. Powell said it was “extremely early” to speculate when the Fed could stop raising rates in the wake of another 75 basis-point rise.

Prior to the publication of crucial US jobs data later on Friday, traders have curbed some of these gains. Economists anticipate that nonfarm payrolls expanded by 200,000 jobs in October. If the data beat consensus today, traders might price in another 75 basis-points increase at the Fed’s next meeting in December.

This is despite the fact that the report would indicate a decrease from the reading of 263000 from the previous month, with the plain reality being that a lowering of inflation might stay out of reach until unemployment begins to increase and the consumer consequently spends less.

Richard Hunter, head of markets at Interactive Investor, said: “Markets remain hamstrung and unable to forge any real progress until such time as a cooling of inflation becomes evident and that the Fed is finally ready to take its foot off the pedal,”

Elsewhere in Japan, Shunichi Suzuki, the minister of finance for Japan, stated on Friday that they have no intention of steering forex to specific levels by intervening.

Investors in Tokyo are concerned about increased Japan-North Korea tensions as North Korea launched an unidentified ballistic missile over Japan, as NHK reported. The Japanese government issued a warning to inhabitants to seek cover from missile threats as a safety measure.

It should come as no surprise that the Bank of Japan continues to ignore any and all requests for even a hawkish tilt, much less a tightening of policy. Therefore, the disparity between interest rates in G7 and Japan is expected to persist for some time.

“For the time being, we remain cautious, forecasting only a staggered and partial unwind of 2022’s USD/JPY gains, from 148 to 136 and 126 end-2023 and end-2024. It is worth repeating that risks to this view are skewed up (i.e. towards a weaker Yen), economists at Westpac noted today.

Still, the key support for the pair at 145 remains untouched, and as long as the pair trades above it, the medium-term outlook seems bullish, targeting the psychological level of 150. 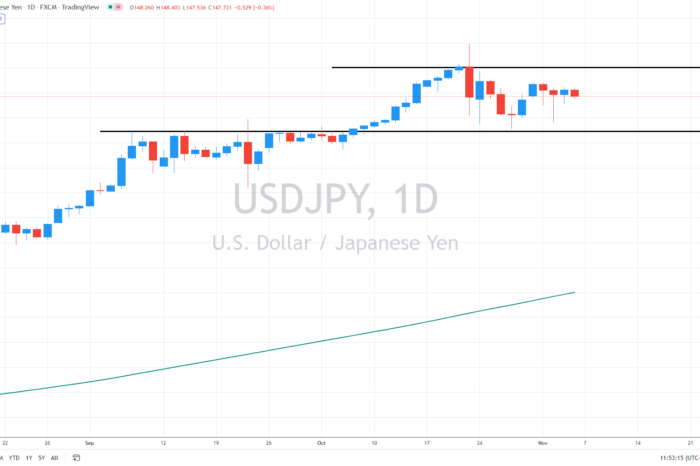