There is a real risk that Russia is facing bankruptcy. Banks have refused to process dollar repayments to creditors.

The Russian Finance Ministry said today that the banks it uses have refused to process dollar payments to creditors. Holders of Russian government bonds are due to receive a total of $649.2 million.

As the proper dollar payment of this amount has been blocked, Russia is proceeding to pay it in rubles. However, the world’s major credit rating agencies, whose stance is an important guide for the global financial community, have previously stated that they will consider payment in rubles as a sign of default if the underlying asset is denominated in a currency other than the ruble, while at the same time contractually not allowing the payment to be “switched” into rubles. 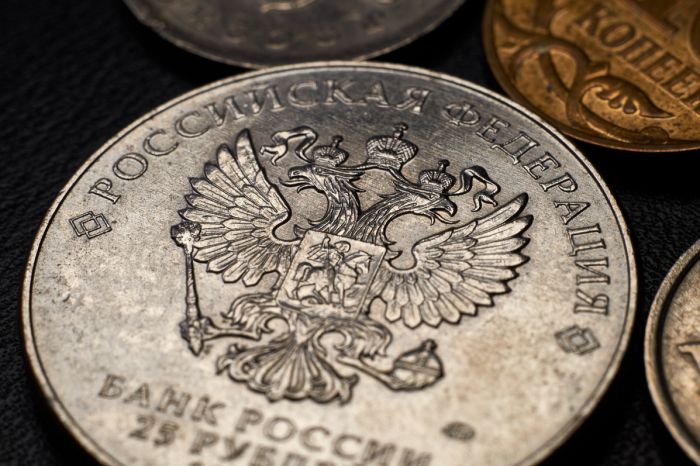 coins of the Russian ruble

Read also: China and the US on the same wavelength?

However, Russia has also previously warned that if it is unable to make a payment in a foreign currency, it will proceed to payment in rubles. This Russian position will now become the subject of assessment by credit rating agencies and the international financial community. The result may just be that Russia is showing signs of insolvency, which means that it is in a state of bankruptcy. It is unable to meet its obligations to its creditors in accordance with the changes to the relevant contracts.

US banks are not cooperating with Russia

The Ministry of Finance of the Russian Federation had to resort to paying in rubles, not because it did not have the corresponding dollar amount available, but because the banks it uses to make the payment and which maintain its accounts for such purposes refused to process the payment. These are US banks such as JP Morgan and Citibank, but they are acting in accordance with the latest US sanctions against Russia. The United States further tightened its sanctions this week in response to the Bucha massacre. So, while before last weekend Russia could process payments through US banks, now it cannot. Russia has now had to use its domestic institutions and is therefore also making payments in rubles.