India is trying to diversify its oil suppliers more. The country is looking for cheap suppliers and doesn't care who they are.

India is the world’s third-largest consumer and importer of crude oil and purchases about 85% of its oil demand from abroad. As its oil demand continues to increase and OPEC has recently reduced its quotas, the country is looking for new suppliers that can offer it cheap products.

This fits countries that are under sanctions, such as Russia and Iran. Neither country is historically a completely new supplier.

Iran has been one of the main suppliers

Iran was one of India’s main suppliers of oil before sanctions were imposed on its energy sector in 2019. Despite the US recently announcing new sanctions on Iranian oil, India is open for business regardless of western opinion.

Of course, Iran is also happy to win back a major customer of its oil and Iranian Ambassador Iraj Elahi has said.

“We always express our readiness to increase our economic ties with India. It’s up to India, we are ready to deliver oil.” 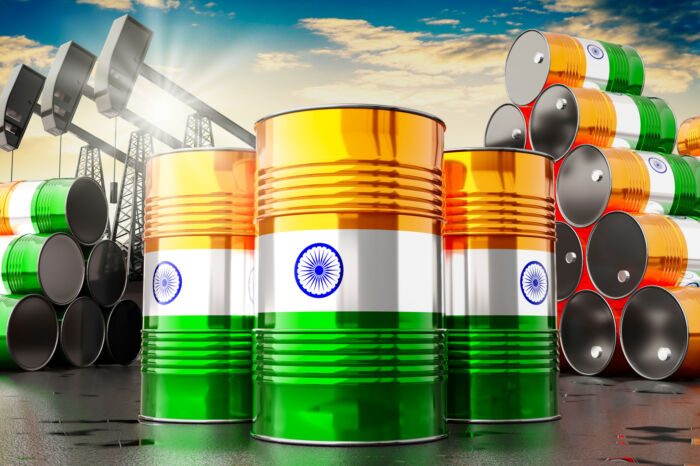 Oil barrels with flag of India and oil extraction wells

Overall, Iran’s actions of late do not seem to have worried the country about US sanctions and it is gradually resuming its oil exports and seeking strategic customers. Countries such as Turkey and Afghanistan have strengthened their partnerships with it, and now it looks like India has as well. Some time ago we informed you that Iran’s oil and condensate revenues were up 580% year-on-year.

Cooperation with Russia is increasing significantly

Russia’s pricing is certainly highly competitive with the Middle East and Africa, so it is not surprising that India is interested in deepening its trade relations.

You may also like: India approves export of 6 million tonnes of sugar

In addition, both countries are joint members of the BRICS community, which shows us by their joint actions that these countries are interested in working together beyond oil trade. This could shuffle the cards more in the field of globalization and the overall position of the US as a global leader.