During the US session Wednesday, the USD/CAD pair traded half a percent higher, bouncing off key support as the Bank of Canada undermined the Canadian dollar.

The Bank of Canada raised rates by 25 basis points – as anticipated by most strategists – for the eighth consecutive time, but possibly the final time because the central bank “expects to hold” rates “while it analyzes the implications of the cumulative interest rate increases.”

The increase raised the reference overnight rate to 4.5%, the highest level in 15 years and the same level it reached in 2007 before plummeting to a record low the following year.

Officials stated in the quarterly monetary policy study issued together with the decision that the economy is still getting too hot. Still, growth is predicted to decelerate rapidly as interest rate rises weigh on household consumption and help bring inflation back within the bank’s control range by the middle of this year.

Regarding the future, the Bank stated that its “ongoing quantitative tightening program matches the restrictive stance of the policy rate.” The statement said, “Governing Council anticipates maintaining the policy rate at its current level assuming economic events evolve substantially in line with the MPR projection.”

Overly optimistic about the economy?

In their report, authorities increased their expectations for growth in the economy in 2022 to 3.6% and for this year to 1%, up from 3.3% and 0.9%, respectively, in their October forecasts. The likelihood of two consecutive quarters of negative GDP, a so-called technical recession, is “essentially equivalent” to that of a modest expansion in 2023.

Lastly, the BoC’s categorical halt – the first among Group of Seven central banks, per Bloomberg – shows “policymakers are persuaded the present rate is sufficiently restrictive to restore price stability.”

The technical analysis looks rather interesting. There is a large triangle pattern on the daily chart, with the support line near 1.3360, being tested over the previous days.

On the upside, the resistance line is seen near 1.35. Once the pair breaks either above or below the mentioned levels, we might see a surge in momentum and a new directional movement. 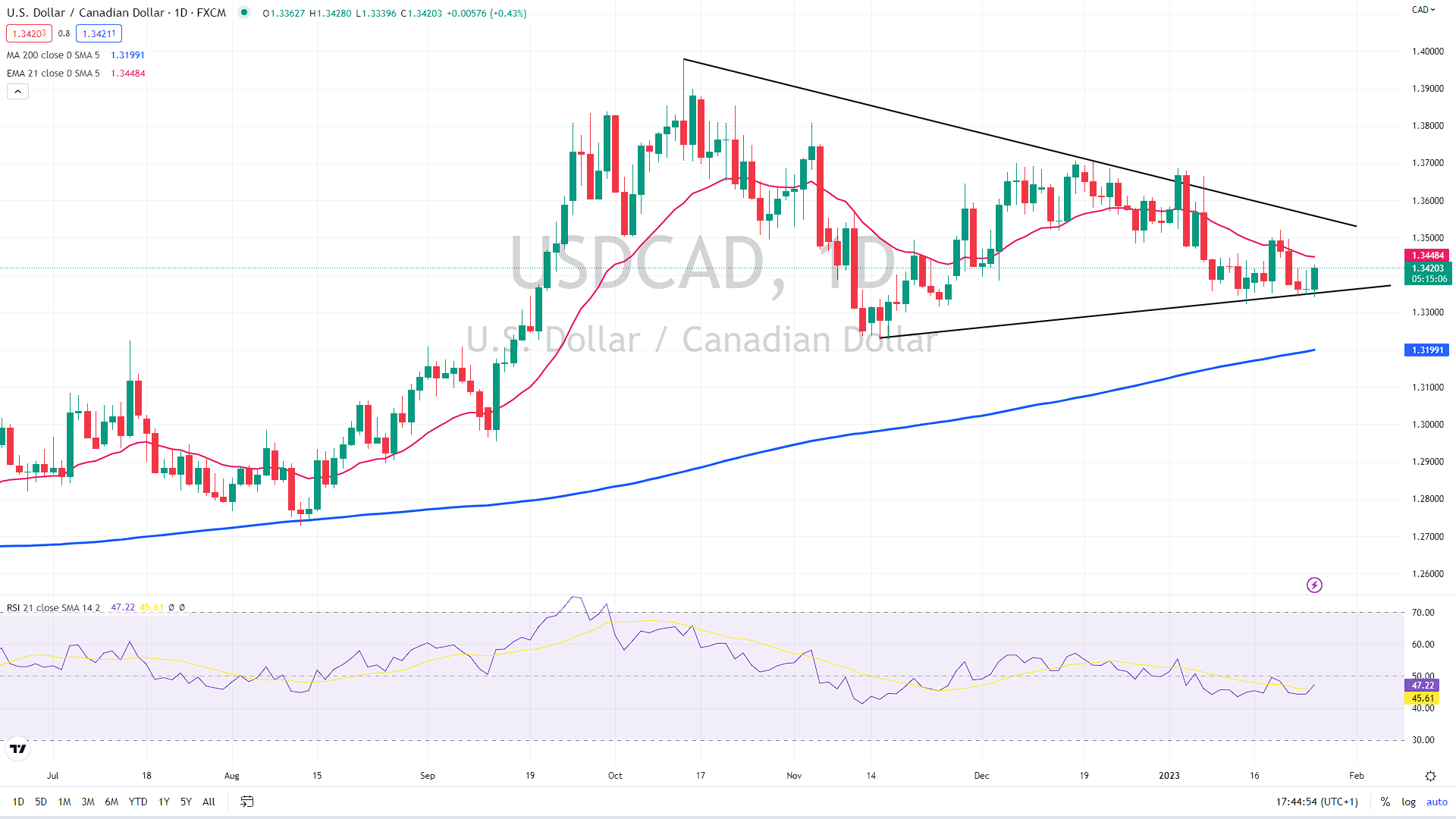