The AUD/USD pair traded nearly 1% higher Wednesday, rising to the highest level since August as investors remained bullish on the AUD after today’s inflation data.

Earlier today, Australia’s fourth quarter (Q4) Consumer Price Index (CPI) increased by 7.8% on a yearly basis, compared to the 7.5% projected and 7.3% before. At the same time, the RBA Trimmed Mean CPI increased by 6.9% yearly against the 6.5% market estimate and the 6.2% recent reading.

While high inflation and increasing interest rates are expected to harm the Australian economy, they also make the Australian dollar look more appealing. So to combat inflation, the Reserve Bank raised rates by 400 basis points in 2022 and preserved the currency from additional depreciation against the dollar.

You can also read: Volatility kept traders on their toes before major earnings reports

According to a survey of 34 economists conducted by the Australian Financial Review, RBA Governor Philip Lowe will continue to raise interest rates to 3.60%. The RBA is likely to raise the Official Cash Rate (OCR) by 25 basis points in February and June. Also, one of the results of the poll is that the first post-pandemic rate decrease will be adopted by March 2024.

Likewise, ING stated in a research note that the Reserve Bank of Australia would need to hike rates by at least another 50 basis points in the coming months to combat growing price pressures, a situation that is favorable for the Australian currency.

US data point to a recession

In America, the S&P Global Composite PMI rose to 46.6 in January, up from 45.0 in December and the 44.7 consensus estimate, marking the seventh straight reading below 50, indicating a recession.

Preliminary readings of the US S&P Global Manufacturing PMI for January above market forecasts of 46.2 and expectations of 46.1 with a score of 46.8, while the Services PMI followed suit with a value of 46.6 for the month, compared to 44.5 forecasted and 44.5 before.

Chris Williamson, the chief business economist at S&P Global Market Intelligence, stated in a press release that “the rate of input cost inflation has accelerated into the new year, in part due to upward wage pressures,” which could encourage a further aggressive tightening of Fed policy despite rising recession risks.

As a result of the conflicting data, Fed fund futures indicate a waning market hawkishness. According to Fed fund futures, the Fed will raise rates two more quarter-points by June, reaching a peak of around 5%, before beginning to lower rates later in the year. As per Reuters, the Federal Reserve has argued it still has 75 basis points worth of rate hikes in the works. 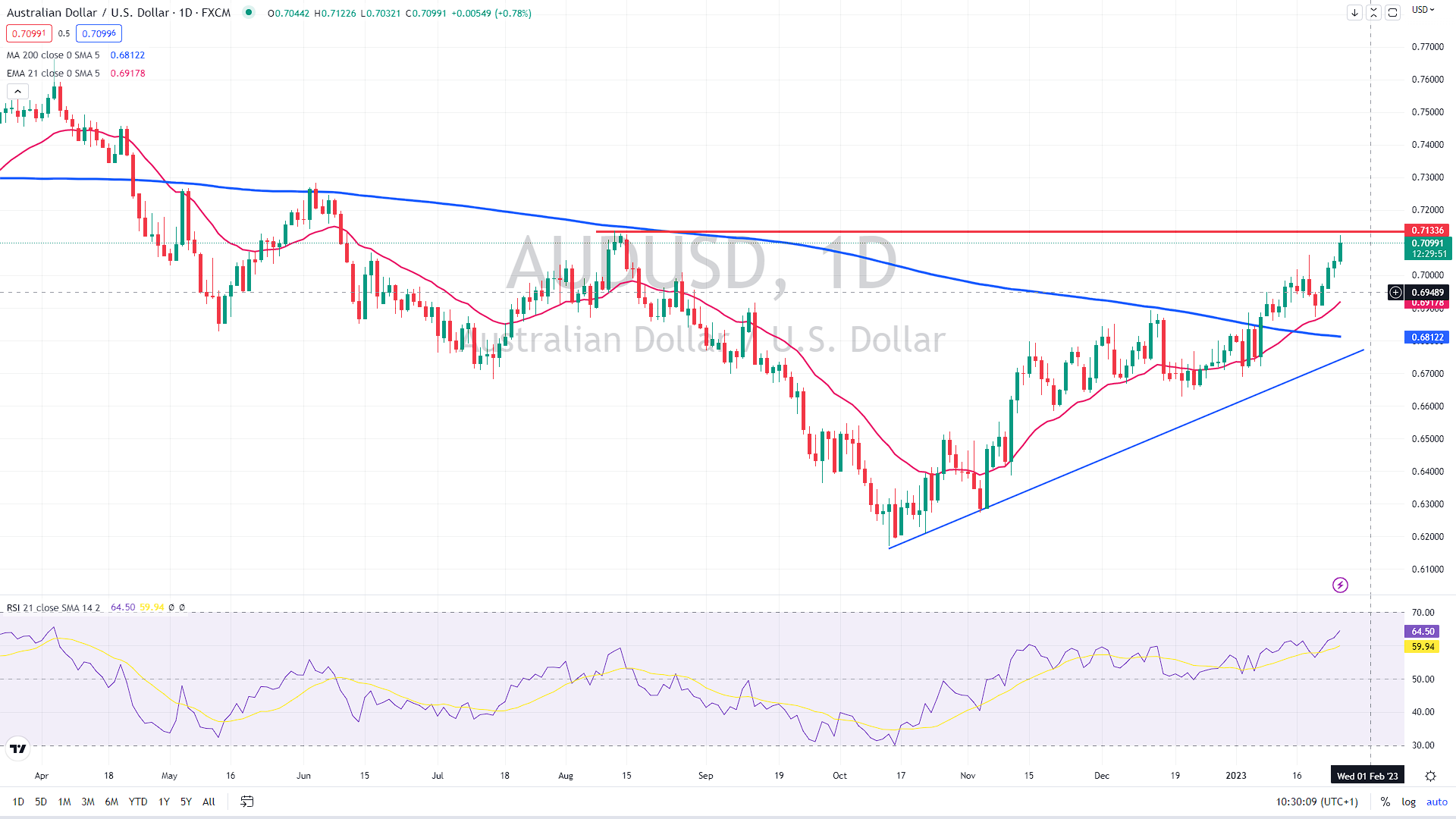