US midterm elections – how can they affect markets?

Can the midterm elections affect the markets more significantly? Are there any segments that could do better in the period ahead?

The most anticipated event this time of year is coming up and that is the US mid-term elections. These take place on 8 November and this could be an interesting trigger for market movements that may be unexpected for investors.

Of course, we cannot say for sure how the markets will react to the election and whether they will go up or down. We can look to the past where the trend speaks clearly.

The markets have usually done well

We can see from the historical record that there have been 19 mid-term elections since 1946. In 17 of these, the markets have outperformed in the 6 months following the election than in the 6 months before it. 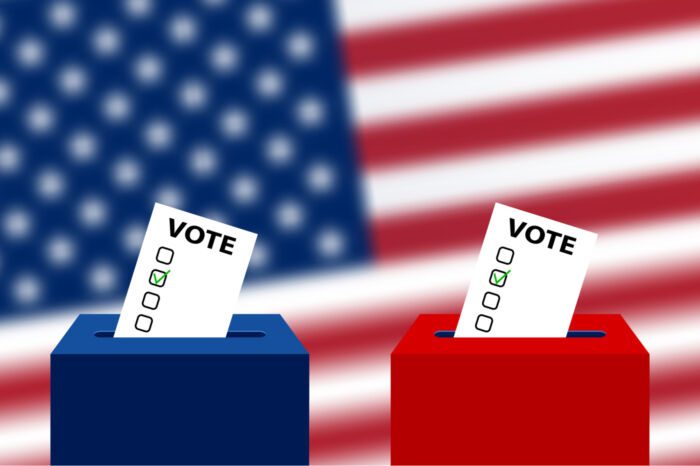 Preparing the vote against the backdrop of a blurred American flag

Read also: Globalization has been falling for years: What’s next?

As things stand, the Republicans are expected to win the election, both in the House of Representatives and the Senate. If the Republican victory is confirmed, sectors such as energy, defense, pharmaceuticals and biotechnology could thrive.

What will happen to Chinese equities?

There is a lot of talk about the situation regarding Chinese stocks listed in the US. Even though both sides now have a similar view of the audit laws, things may change after the election.

The Republicans are likely to tighten oversight of corporate auditing even further, which could have a very negative impact on the presence of Chinese companies in the US.

One of the biggest issues of late is energy. The current energy crisis is forcing more reflection on national energy security. In the US, for example, we can see a lot of complaints about the conduct of energy policy, where the US keeps increasing its exports, but at the same time you are not building up any more reserves for greater security.

It is hard to say whether the policy on energy would change if the Republicans won. At the very least, however, there might not be a potential windfall tax on energy companies, which are enjoying large profits in the current situation. Energy companies would not have to give away their excessive profits and there would be an opportunity, for example, to increase dividends for investors.