Chinese companies are leaving the US stock market

Some of China's biggest companies are exiting the US stock market. The problem is audits and the current situation.

Sinopec SNP, PetroChina and China Life Insurance LFC, among others, announced the move to delist their shares from the US exchange. There is also talk that Aluminum Corporation of China and Sinopec Shanghai Petrochemical SHI have similar plans.

Of course, investors are worried that other large companies might resort to this move, and so we could see slight sell-offs in shares of companies such as Alibaba Group Holding Ltd, Pinduoduo Inc, JD.com Inc and others.

The problem is audits

There has been a long-standing dispute over the audit of Chinese companies listed in the US. US authorities cannot review the financial audits of all Chinese listed companies. Chinese regulators, on the other hand, have a problem with foreign powers having access to the extensive data of Chinese companies.

Back in December, for this reason, the large Chinese firm Didi Global Inc. announced plans to delist its shares from the New York Stock Exchange. The aforementioned Alibaba, recently said it would seek a primary listing of its shares in Hong Kong. 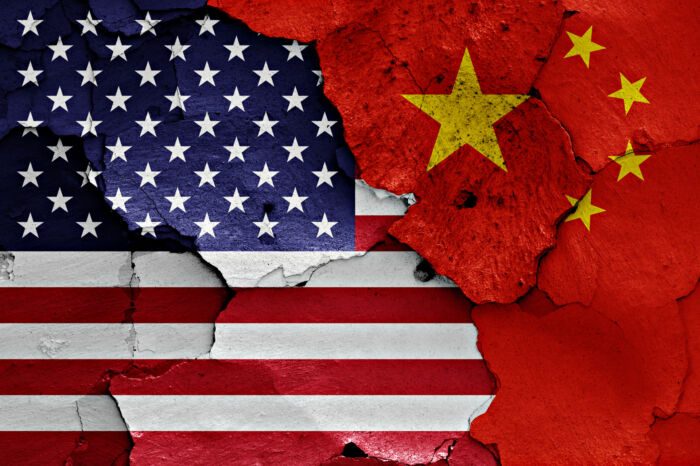 flags of USA and China painted on cracked wall

Read also: Stocks may fall further despite the inflation drop

This dispute between the two countries has been dragging on for almost 20 years and the outcome has still not been decided. Despite reports in April suggesting that the two sides had reached an agreement. However, as there is no agreement and we are already seeing the first companies leaving the US exchanges, it is quite likely that others will follow.

The current geopolitical situation is also a problem

Audits are not the only problem threatening US-China cooperation. The current situation regarding the Thai Wan is exacerbating the situation and worsening all trade and investment agreements. You can read more about the whole situation in our article on Nancy Pelosi’s trip, which some say was taken as a provocation of the whole situation.