Tesla decreased the price of its model. In the very preliminary data, it shows up as a great management step due to increased demand.

The price of Tesla Inc., stock has been significantly impacted by the market’s unrest. The stock price reached its high in November 2021. The share price is now nearing $127 after falling by over 70%. Numerous unfavourable circumstances led to the stock’s short-term low of $101.8 on January. The total drawdown from a top was -75%, the biggest drawdown spotted in Tesla´s stock price ever. 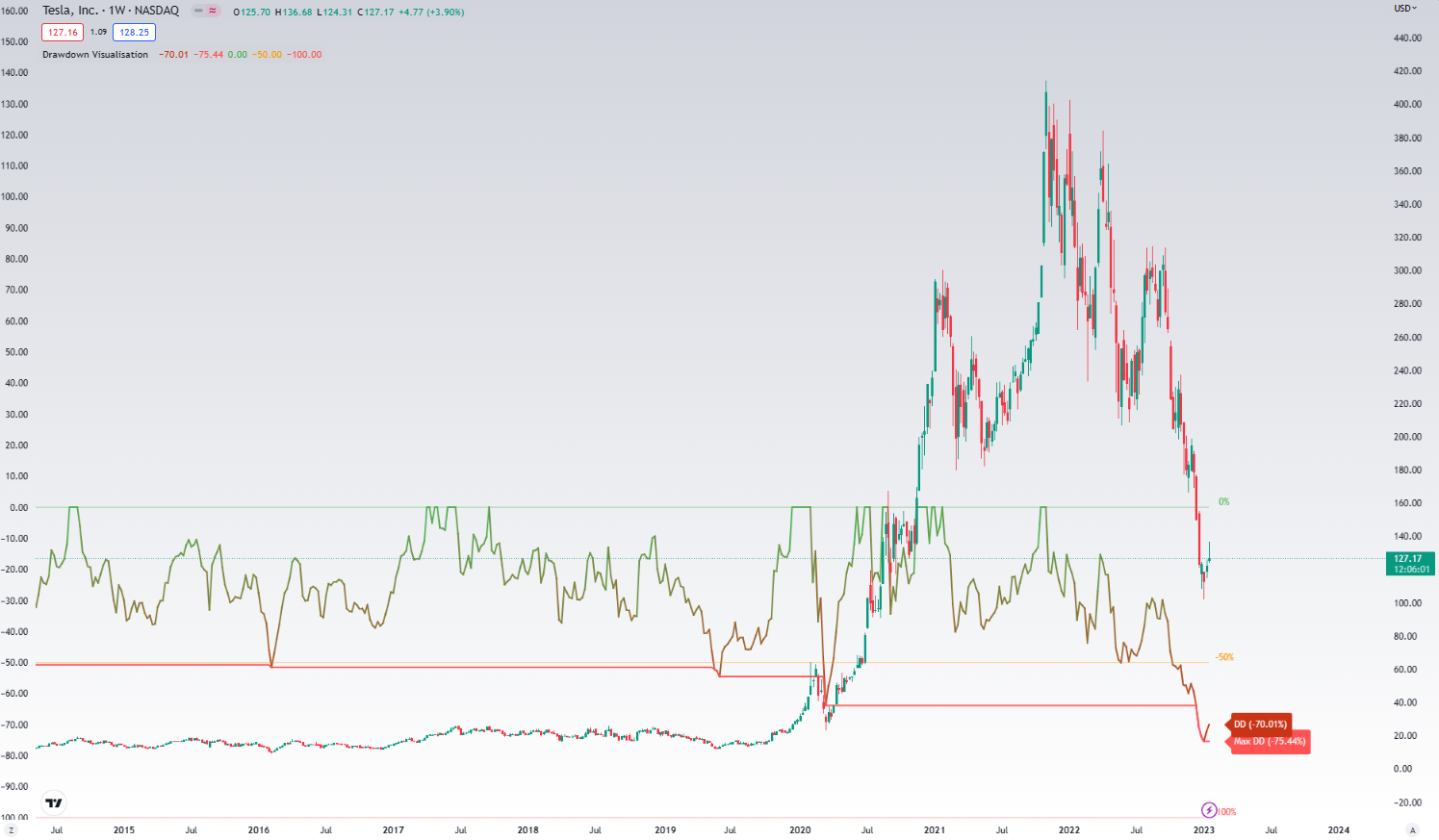 There are many reasons, why the stock price suffered so much. It is partially diminishing the Teslas’ great story and long-term success. While the revenue and EPS growth remain very solid, the stock is down as well as enterprise value due to many negative actions, which happened in the latest quarters:

We believe that Tesla is a company, which does not need an introduction. Its core business is associated with EV market, but has also Energy Generation and Storage division. Here a more detailed business overview:

See also the piece of our Stock Research: ZIM – a new hidden gem?

The following graph shows the first half of 2022 global EV sales are dominated by two companies. First is BYD, which controls the global EV industry (approximately half by BEVs and half by PHEVs), although mostly in Asia, followed by Tesla, the top competitor and market leader in the BEV segment. Tesla is still the undisputed leader in the BEV industry, but unlike 1-2 years ago, Tesla now faces competition. Additionally in Europe, the United States, and Japan, but mostly in China, new competitors have emerged and expanded. Keep in mind that the automotive industry is extremely competitive and very cyclical (earnings are strongly correlated to the economic cycle). 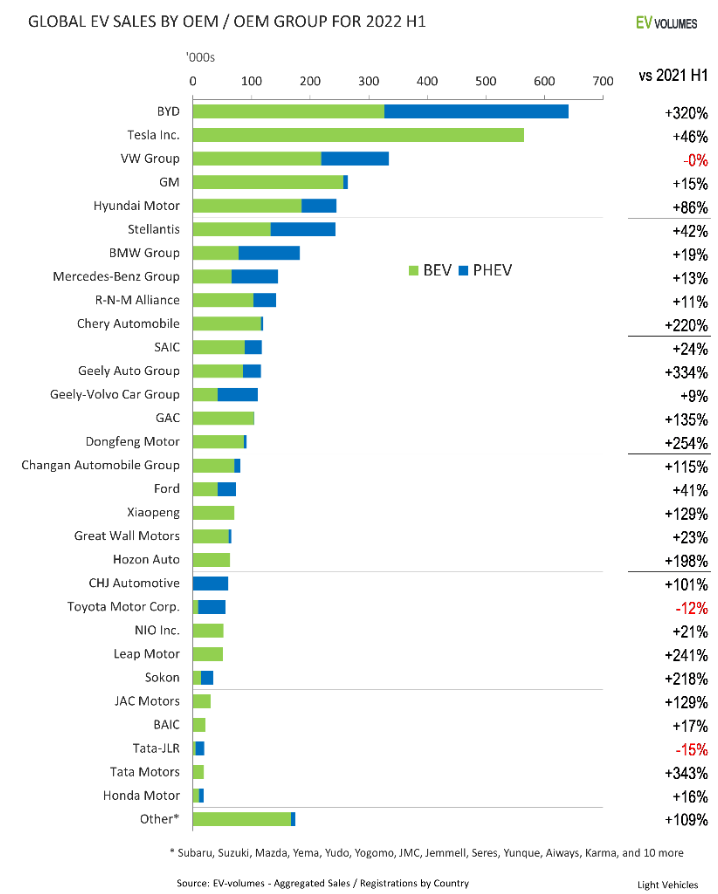 Now, let’s examine the following graph, which depicts the global pattern in prior years (with also 2022 estimates). The EV market boomed in 2021, and this trend will very certainly continue. In 2021, EV sales more than doubled to 6.6 million units, primarily due to increased demand in China, Europe, and the United States. Moreover, some sources indicates that EV sales in 2021 reached just 8.3% in market share, what is still very low number.

In 2022, EV sales are expected to climb very dramatically. Some estimates indicate 10.6 million in 2022, although the situation about data will be clear in the coming months. We believe that the new year – 2023 can be even greater, in case there won´t be a major recession, which should pull the demand in autos down. 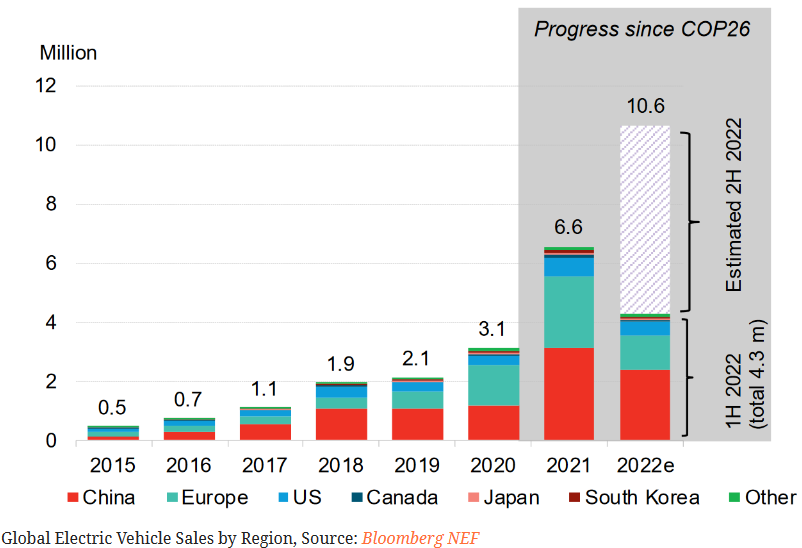 Announcing of the price reduction and thoughts

Moreover, the company is selling its stuff mainly in USA, China and EA. However, the most current statistics from China (“CMBI”), based on new insurance data through Reuters and CNEVPOST shows that within the first week after their introduction, the recent price cuts for Tesla greatly boosted demand in China. Keep in mind that price decreases have been seen not just in China but also in the US and EU. With great certainty, it will lead to increase of short-term demand. Let’s work our way step by step.

As Tesla Inc., decreases pricing in key areas, earnings projections for 2023 are lowered. A portion of the community believes that price cuts increase market share. In the previous campaign, the price of European automobile models was lowered by 6% to 20%. According to SA news, the market leader in electric vehicles (EV) cut its Chinese pricing by 13 % to 24 % in January.

In addition, it is uncertain whether this approach may increase earnings per share (owing to demand growth) or if margin contraction would result in an earnings per share loss. However, this management decision was unquestionably the result of a fall in demand and the prospect that certain consumers may be eligible for a $7,500 tax credit in US. Okay, so what is the tax credit we are talking about?

The Inflation Reduction Act in the USA rendered the tax benefit non-refundable. Therefore, individuals can only receive the entire financial benefit if they owe at least $7,500 in federal taxes. A non-refundable credit reduces a taxpayer’s federal tax liability, but any excess value is forfeited (CNBC).

It applies to Tesla vehicles, although there are certain restrictions and conditions (based on income). To return to the issue, this is also one of the reasons why Tesla implemented a price reduction program to make EVs more reasonable for consumers who can claim a “tax credit” when purchasing an electric vehicle (which is fulfilling conditions). The next reason could be huge inventory and decreasing demand. So, despite the fact that price reductions will help to increase demand, there is another aspect that can also push it forward. 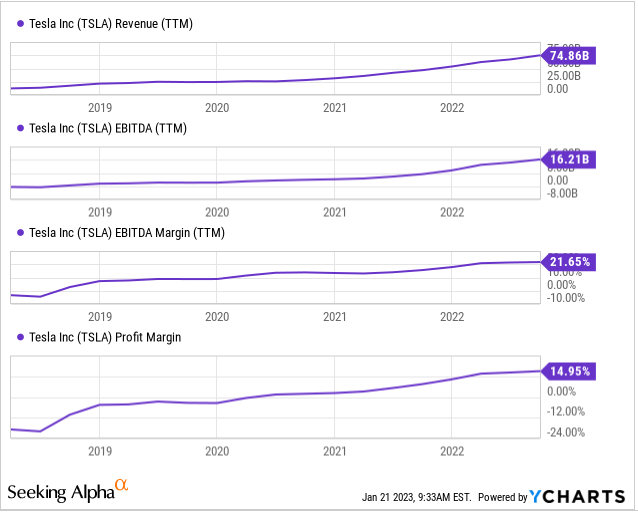 Looking at the Teslas’ key financials, we can summarize it’s a great story. The company sees a a very solid growth every year, with TTM Revenue reaching almost $75 bn. It´s EBITDA reached $16 bn. and margins are way above its competitors, also both EBITDA or profit margin. However, EBITDA margin will be probably pulled down due to price cuts and with some certainty it can pull down profit margin as well. However, as we mention below, after the price cut announcement, there was spotted an absolute spike in second week in January in China. It will be probably the same pattern around the world, but we will have more data (mainly monthly) at the beginning of February.

Based on the most current data from the Chinese market, 12 654 new Tesla vehicles were sold in China during the 2nd week of January, based on insurance registrations. The previous week’s total was 2,110. Price reductions had an effect on the astounding growth. The chart below shows the historical perspective and does not count the current increase of 12 654 new cars. We believe such number can increase or remain similar during the next 2-3 weeks. 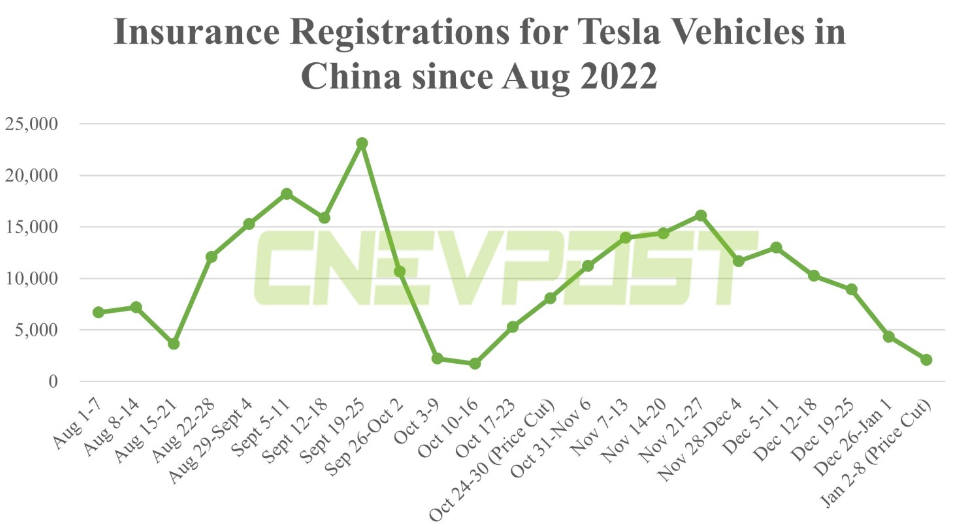 Seeking Alpha offers an excellent screener for evaluating valuations. While Tesla remains relatively pricey relative to the industry median throughout its existence it has stayed cheap. However, when considering all ratios and ahead multiples such as forward P/E and forward EV/EBITDA, these values are significantly higher. Please keep in mind that a firm whose annual sales and EPS growth is approaching 30-40% (and it is expected in the future) will trade with a higher multiple premium. 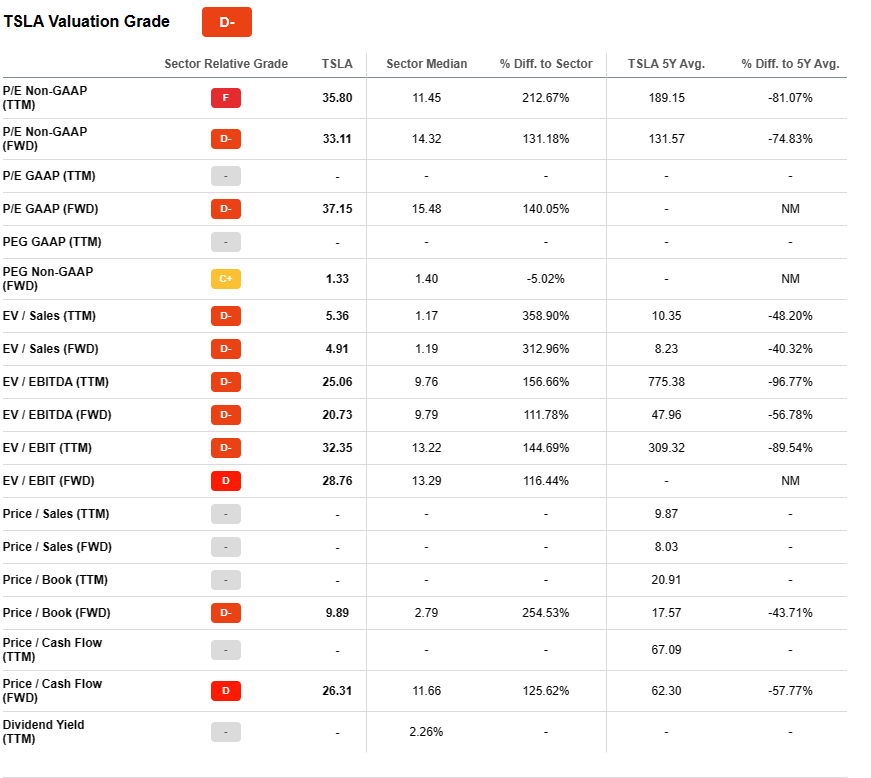 In the event of competition, margins are significantly larger than those of rivals, which also contributes to a greater premium. However, these margins will decline, but the total growth will be very solid in the next one to three years. Where the forward P/E for 2023 is between 27 and 28 now, a further stock decline of 20 % to 30 % would make the stock quite attractive. Because forward (2023) P/E between 18 and 22 with fast-grower is not as terrible. Despite this, we remain bullish on the firm if the price falls down below $120 and if such trends (demand) persist.

See also: How to analyze the stock market with financial ratios?

Disclaimer: The fully covered text is not investment or trading advice. It represents only the author’s point of view and thoughts, and we do not bear responsibility for your potential loss. The article serves only for analytical and marketing purposes.