Coinbase has been functioning since 2012 and is currently one of the most prominent cryptocurrency exchanges in the world. It also has its own NFT marketplace for blue chip non-fungible tokens. However, the economic downturn of 2022 is troubling the company after a decade of its existence. So, will Coinbase survive this year’s market bloodbath?

The solvency of Coinbase in doubt

Many crypto exchanges are struggling this year, especially after the FTX collapse. Investors are cautious more than ever before and have been withdrawing bitcoins at record-breaking levels. Security alongside transparency will become dominant priorities over easy access or quick profits, at least for now. That’s for sure.

A new era has begun after a lot of people lost their life savings in accounts they are unable to access. Many investors now eye Coinbase and other large exchanges in fear of losing their funds. Several controversies sparked doubts about Coinbase. For example, the CFO of the exchange went on TV to calm investors back in May. But, instead of calming the storm, she told there’s a “small risk of bankruptcy”, as visible in the tweet below.

$COIN CFO went on TV to calm investors down and ended up saying "small risk of bankruptcy" pic.twitter.com/QTcqM7SDth

Brian Armstrong, the CEO of Coinbase, defended the crypto exchange after Changpeng Zhao (CZ), the CEO of Binance, casted doubt on the financials of Coinbase. Nevertheless, CZ deleted his tweet after Armstrong showed they have approximately 2 million bitcoins and other cryptocurrencies on their balance.

“We all need to come together to build this industry in a responsible way going forward. Be wary of false information,” said Armstrong in a tweet.

Despite all the bad light shed on the crypto space this year, Armstrong says he’s bullish on crypto as ever in an interview with Financial Times. Contrary to FTX, Coinbase is a SEC-regulated business with significantly stricter reporting requirements, thus they must be more open.

In addition to holding $6.5 billion in US currency on behalf of clients, Coinbase allegedly holds over $95 billion in client crypto assets. Coinbase even caught the attention of Jim Cramer, a well-known TV personality in finance. In April, he thought Coinbase is “going to the moon.” However, his tweet didn’t age well.

Generally, there’s a lot lower trading volume in cryptocurrencies during bear markets. As a result, exchanges earn less in commissions and it becomes challenging to cover the company’s operational cost. Moreover, customers’ balances are lower as the whole crypto market fell in value by approximately 70%.

While 2021 was the best ever regarding revenues, the company struggles in 2022. As shown in the chart below, Coinbase’s revenue grew exponentially by around 700%, reaching almost $8 billion last year. The exchanges’ income decreased, but is it really that bad?

Coinbase already raked in around $2.5 billion in revenue in the last three quarters, which is still much more than in 2020. Revenue stays high, but the crypto exchange struggles with profitability during the current economic turmoil. Its survival will very much depend on how it will be able to cope with the ongoing recession, which it has never experienced before.

This is the first time cryptocurrencies have had such a hard time as they were created after the 2008 financial crisis. The continuing war in Europe, high inflation, and rising interest rates are pushing these risk-on assets down, and only the most solvent and transparent companies will be able to flee the market downfall.

At first, the initial public offering (IPO) of Coinbase was successful. However, it happened near the end of the bull market in both the crypto and stock market. The Nasdaq stock exchange issued COIN shares at $250 and the stock opened around $380 on the first trading day, valuing Coinbase at more than $100 billion.

You may be also interested in: Crypto fund Grayscale declines to show proof of reserves

As the valuation of the company deteriorated, it’s now valued at $11.15 billion. Coinbase is down 90% from its all-time high (ATH) levels. That’s a fact. Is the stock undervalued? The price/book (P/B) ratio of 1.81 suggests yes, as this is a low number for a technological company. P/S and P/C are also at attractive values, but the company’s debt may be a problem.

After the stock declined to $40-ish, it’s becoming significantly undervalued taking into consideration it’s one of the largest crypto exchanges in the world. It is also the only crypto exchange that went public so far. In my opinion, COIN may struggle for a few more months, potentially falling to $30.

On the other hand, when Fed stops interest rate hikes and cryptocurrencies bottom out, COIN could jump above $100. The rise of this stock is very dependent on the crypto sector, so it’s important to assess Bitcoin as well, which might be bottoming out soon.

When family members meet on #thanksgiving this year pic.twitter.com/RoIMSeAky6 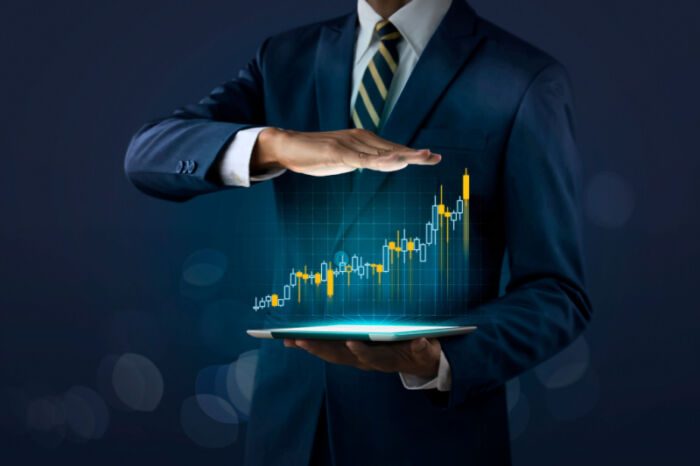 Three safe stocks that grow their dividends in recessions

The recession caused investors to look for less risky assets. These may be dividend stocks with less volatility and regular payouts.