This week's economic calendar is dominated by Australian inflation data, which is due later in the week.

The Australian dollar was down 1.3% during the London session on Monday, completely erasing Friday’s euphoric gains as the Aussie fell back below the 0.63 level.

China’s GDP increased at an annualized pace of 3.9% in the third quarter, according to figures released during Asian trade hours. This reading exceeded the market forecast of a 3.4% growth. However, annual retail sales in China increased by 2.5%, below analysts’ expectations of 3.3%.

China’s Xi Jinping, meanwhile, established a top governing body loaded with supporters and won a record-breaking third term as president on Sunday, solidifying his position as the nation’s most powerful leader since Mao Zedong.

However, Assistant Governor (Economic) Christopher Kent of the Reserve Bank of Australia (RBA) reiterated that the RBA board anticipates more increases in interest rates in the coming months. However, the decision-maker added that the timing and extent of rate rises would rely on new information, according to Reuters.

Elsewhere, as per fresh predictions to be revealed by Treasurer Jim Chalmers in Tuesday’s budget, Australia’s economic growth is predicted to drop significantly next fiscal year as increasing inflation restrains consumer expenditure.

Meanwhile, the big event on the news calendar for this week is Australian inflation, which is due later in the week.

“We expect the trimmed-mean CPI to stay elevated at 1.6% QoQ as broader price pressures are still brewing, especially in the housing and food categories. Unless trimmed-mean inflation is strongly higher, we expect the Bank to stick with 25bps hikes until March 2023.” analysts at TD Securities explained.

Technically speaking, the decline below previous highs at 0.6335 seems like a bearish reversal, with a possible target near 0.6250 for bears. It looks like the global sentiment has not yet shifted to support a notable rally in risk assets. 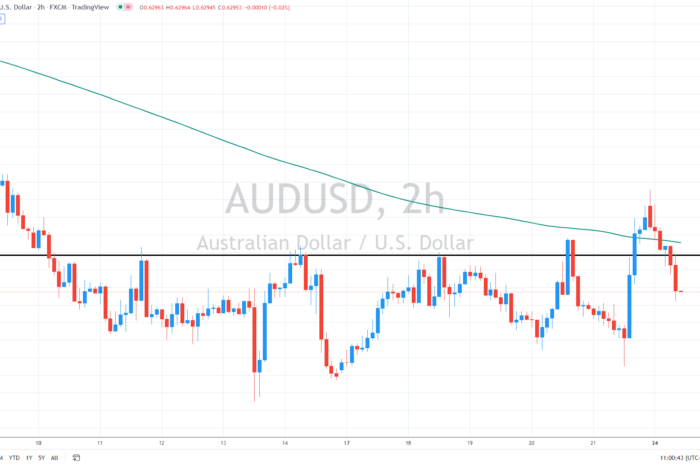