Bulls are trying to defend major support. If they fail, further declines could follow.

The benchmark S&P 500 index was trying hard to remain above the key support at June’s lows near 3,640 USD and traded slightly lower on Friday. Should the index close below 3,600 USD, it could confirm the bearish trend and send the index further lower.

Barrage of US data

Earlier today, the favored inflation indicator of the Fed exceeded forecasts by a wide margin. The headline PCE came in at 6.2% Y/Y on an annual basis, above the 6.0% projected figure (but falling short of July’s 6.4%), while the core PCE figure was 4.9%, matching the upwardly revised July figure.

Related article: Here are 3 reasons why stocks may continue to dive

Furthermore, in September, the Chicago PMI survey unexpectedly fell back into contraction (to 45.7 versus 51.8 expectation). Since June 2020, that is the survey’s lowest print.

Finally, consumer sentiment expectations dropped from 59.9 to 58.0 final, indicating very little growth in the headline poll and even a month-to-month decline.

On Friday, investors will wrap off a difficult month and quarter. According to Charlie Bilello of Compound Advisors, the S&P 500’s 2.1% decrease on Thursday was the 49th decline of 1% or more this year, making it the most adverse volatility since 2009. The index is down around 8% for the month, the Dow about 7%, and the Nasdaq approximately 3%.

In other news, Federal Reserve Bank of Cleveland President Loretta Mester said she and her colleagues will retain tight policy until inflation declines in an interview with CNBC on Thursday. She also made a distinction between the market instability in the UK and circumstances in the US.

“Market functioning is incredibly important because you won’t be able to hit any monetary policy goals if the markets aren’t functioning,” Mester said. “That’s different than worrying about volatility in the markets,” adding that so far there has been no dysfunction in U.S. markets.

On a more bearish side, the Global Investment Committee at Morgan Stanley thinks this bear market is far from finished and advises investors to think about three critical variables when making future stock transactions.

You can also read: The US imposes new sanctions on Iran oil

“The paths for interest rates, inflation, and corporate profitability all remain uncertain. That’s why stock investors should be demanding a greater premium for taking on risk. In other words, stocks still look expensive, and valuations look high, especially given that inflation-adjusted yields have moved up.” they said. 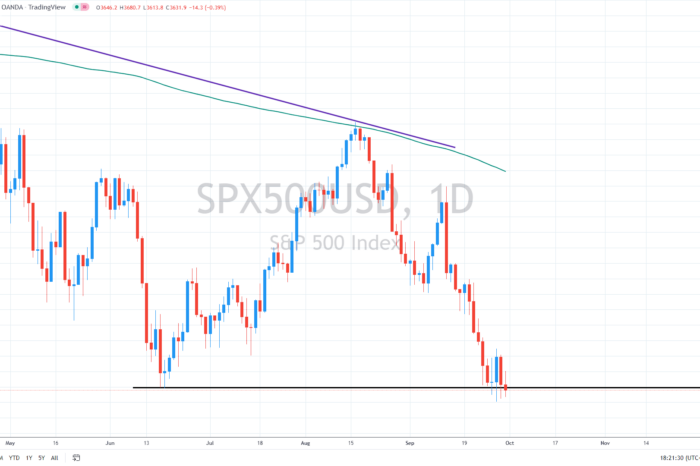