Oil prices reflected a rumour and panic sentiment after WSJ’s article on Monday. Tuesday saw a rise in oil prices after top exporter Saudi Arabia indicated OPEC+ was continuing to ensure output cuts are without change. The Saudi minister expressed OPEC+ could take more measures to balance the market, outweighing concerns about a global recession and the rising number of COVID-19 cases in China.

Prince Abdulaziz bin Salman, the energy minister for Saudi Arabia, was also cited by the state news agency SPA. Refuting a Wall Street Journal report that said OPEC was considering increasing supply, which caused prices to drop by more than 5%. Putting an end to Monday’s rumour and setting the sentiment to a bullish correction.

Brent crude oil had risen $1.45, or 1.7%, to $88.90. At $81.20, West Texas Intermediate (WTI) crude oil in the United States was up $1.16 or 1.5%. Another significant OPEC producer, the United Arab Emirates, denied that it was in discussions to modify the most recent OPEC+ agreement, while Kuwait stated there were no discussions about increasing output.

A day before the initiation of European and G7 actions in retaliation for Russia’s invasion of Ukraine, which could strengthen the market, OPEC, Russia, and other allies meet on December 4th. The upside was constrained by worries about oil consumption in the wake of interest rate increases by the US Federal Reserve and China’s tough COVID lockdown regulations.

The most recent weekly supply snapshots for the United States will be in focus later; it is anticipated that they will show a decrease in crude inventory of 2.2 million barrels. The report from the American Petroleum Institute is released at 21:30 GMT. It seems the rumours could be shut down for now.

The focus remains on the big dates, which may bring light to how the market will behave. The world’s largest crude importer, China, is uncertain about the development of its oil demand. Despite these increases, the country’s COVID-19 case count has risen back to levels last seen in April.

This includesthe first deaths in six months. After reporting a decrease of over 6M barrels the previous week, the American Petroleum Institute is set to issue its weekly estimate of U.S. oil stockpiles later in the afternoon. 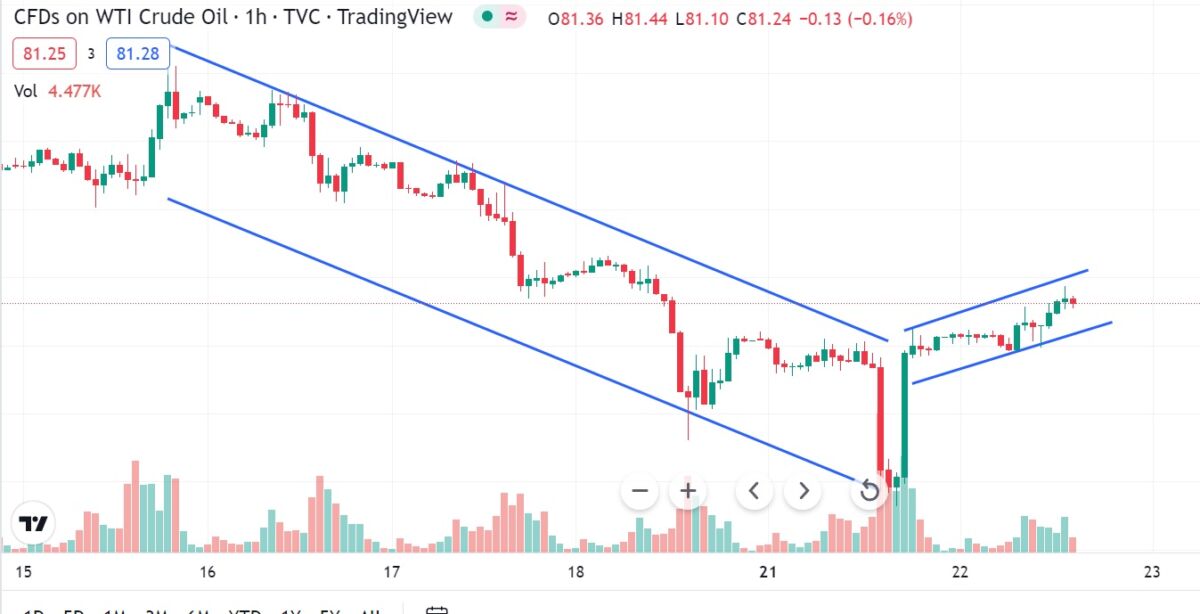 WTI has seen a strong turbulence on Monday as per last week’s trend supercharged by Monday’s OPEC+ production uncertainty. However these rumours being shut definitively on Tuesday opened a door for a bullish sentiment. So far we see a narrow trading field, however the trend looks clearer.

You may also read: EUR/GBP trades at significant support again

In case the bears put a stop to this trend, we could see prices return gradually as low as the $76 mark, as seen on Monday. In case the bulls keep the sentiment with a correction, it could take oil toward last week’s $88 per barrel.