Kazakhstan is making great efforts to find export routes for its oil that bypass Russia. Will it be able to do this as early as 2023?

We recently informed you that Azerbaijan wants to increase gas pipeline capacity to Europe. Now Kazakhstan is also making increasing efforts to create new export routes, mainly for its oil. The aim is to create routes that bypass Russia.

One of these would be through the Baku-Tbilisi-Ceyhan pipeline, which is the second largest in the world. In 2023, Kazakhstan should export up to 1.5 million tonnes of oil through this route.

However, the targets are higher. Prime Minister Alikhan Smailov told reporters that the government expects to gradually increase supplies to 6-6.5 million tonnes.

The effort is to avoid Russia

Kazakhstan currently exports more than two-thirds of its oil through Russia. Much of that oil is going to Europe, which is imposing sanctions on Ukraine after Russia’s invasion and severely limiting trade relations with Russia, making those routes risky.

The aim, therefore, is to follow the route of the so-called Middle Corridor, which runs through the Caspian Sea and then through the aforementioned Azerbaijan, Georgia and Turkey. 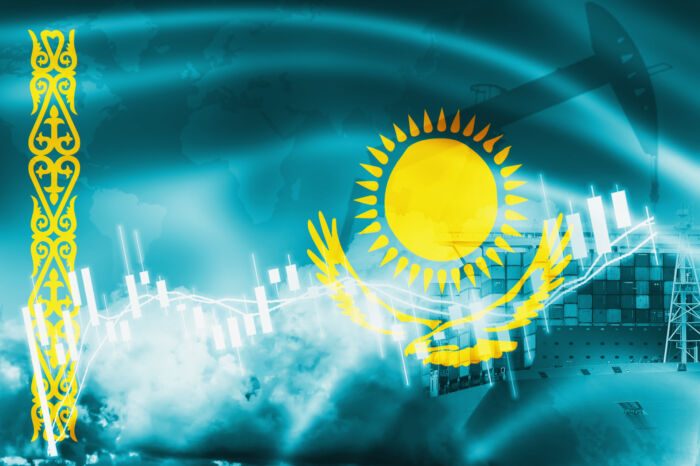 Flag of Kazakhstan and oil pump in the background

Read also: Recession: what is it and how to protect against it?

Prime Minister Smailov also talked more about the whole strategy. This is mainly aimed at diversifying export routes and starting to use tankers in the port of Aktau to deliver oil to the Baku-Supsa pipeline, which has its terminus on the Georgian Black Sea coast. Then use trains running on the Baku-Batumi railway line, as well as trains heading to the oil-rich Atyrau region to Uzbekistan and China.

“In all these areas, work is now underway to expand and increase the potential for oil exports.”

However, it will still export mainly via Russia

Still, the projected volumes are significantly less than the volumes transported through Russia. Last year alone, Kazakhstan sent 54 million tonnes of oil to Europe through Caspian Pipeline Consortium routes. This runs hundreds of kilometers through Russia, so it is clear that the planned volume of 1.5 million tonnes is not very significant.

But President Kassym-Jomart Tokayev is optimistic about the long term. In his speech, he said that the volume of oil transported along the trans-Caspian route through the two Kazakh ports of Aktau and Kuryk will eventually rise to 20 million tonnes a year. However, he did not mention any projected deadline.