Azerbaijan has begun talks with partners to double the capacity of its gas pipelines to Europe. Could this be a lifeline for Europe?

These are the TAP and TANAP pipelines that run from the Caspian Sea to Europe. They include the newly launched pipeline linking Greece and Bulgaria. However, the existing capacity is not yet a rescue for Europe, which is in an energy crisis, because its capacity will only cover the consumption of Bulgaria, which was one of the first countries to be disconnected from Russian gas. 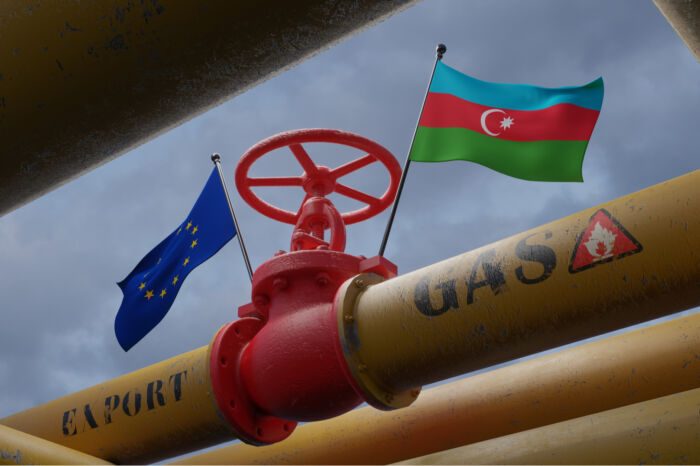 Pipe of gas from Azerbaijan to European Union

“This pipeline changes the situation regarding energy security in Europe.”

If increased gas supplies to Europe start to materialize, it could partly help the European market. Both pipelines are already directly connected to EU countries. The TAP pipeline connects the Shah Deniz II field in Azerbaijan to Italy. The pipeline runs through Turkey, Greece, Albania, and southern Italy. The TANAP pipeline, on the other hand, transports Azeri gas to Turkey.

President Aliyev sees it as necessary to increase the capacity of the pipelines to enable his country to meet its agreement with the European Commission to double gas exports to Europe to 20 billion cubic meters over the next five years.

This would be a big help to the European market, especially at a time when the future situation with Russian gas and the Nord Stream 1 and Nord Stream 2 pipelines is still uncertain.