Inflation showed no signs of easing in December, confirming the BoE's willingness to increase rates again.

During Wednesday’s London session, Sterling advanced, pushing the GBP/USD pair toward 1.36, although there is no clear trend on the daily chart, likely resulting in continuous sideways movement.

UK inflation is not slowing

Earlier today, the Office for National Statistics informed that UK CPI inflation rose further to 5.5% year on year in January, reaching the highest level since 1992, up from 5.4% previously. However, the monthly change decreased to -0.1% from 0.5% in December.

The core inflation, excluding “volatile” items such as energy prices, food, and alcohol, rose 4.4% yearly, up from 4.2% previously.

“Clothing and footwear pushed inflation up this month, and although there were still the traditional price drops, it was the smallest January fall since 1990, with fewer sales than last year,” said ONS chief economist Grant Fitzner.
Electricity prices rose by 19.2% year on year, with gas prices surging 28.3% due to energy price cap increases last April and October 2021 and rising energy prices in Northern Ireland, which is not subject to regulatory capping measures.

Soaring inflation prompted the Bank of England to raise interest rates at its last two meetings. Investors expect another rate increase on March 17 after the central bank’s next meeting. The central bank last hiked rates at three consecutive sessions in 1997.

US data in focus later

Later today, US import and export prices are due, but more importantly, retail sales for January are on the agenda. Market participants forecast a notable improvement from December, one of the weakest months overall, despite the Christmas holiday season. Moreover, capacity utilization and industrial production will be released.

The day’s headline event could be the FOMC minutes from the recent Fed meeting. The minutes are expected to confirm the hawkish narrative among FOMC members as the Fed stands ready to raise rates in March.

It looks like the Fed will be pushed into starting the lift-off with a 50 bps rate hike as inflation in the US continues to increase.

The relatively choppy price actions have resulted in a mixed outlook. Further choppy trading would not be surprising, likely within a range of 1.3500/1.3590. 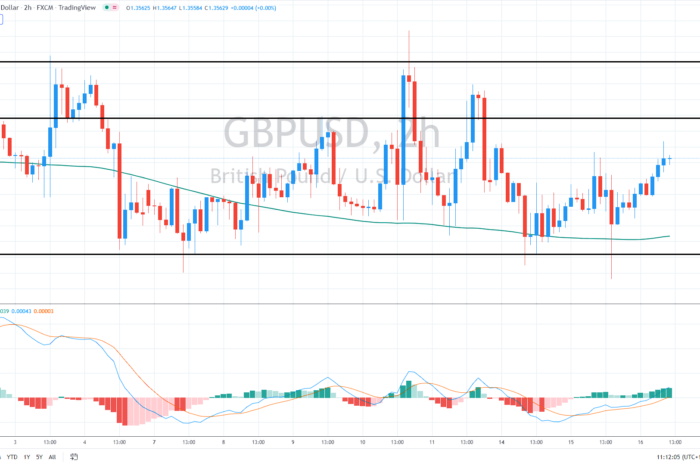