The GBP/USD pair slid more than 1% on Friday, undermined by the miserable UK data and the global strength of the greenback.

The GBP/USD pair slid more than 1% on Friday, undermined by the miserable UK data and the global strength of the greenback, pushing the pair below 1.29 for the first time since November 2020.

Earlier today, UK retail sales disappointed notably, printing 0.9% year-on-year for March, down from 7.2% in February and below the 2.8% projected. The monthly gauge fell further from -0.5% to -1.4%. 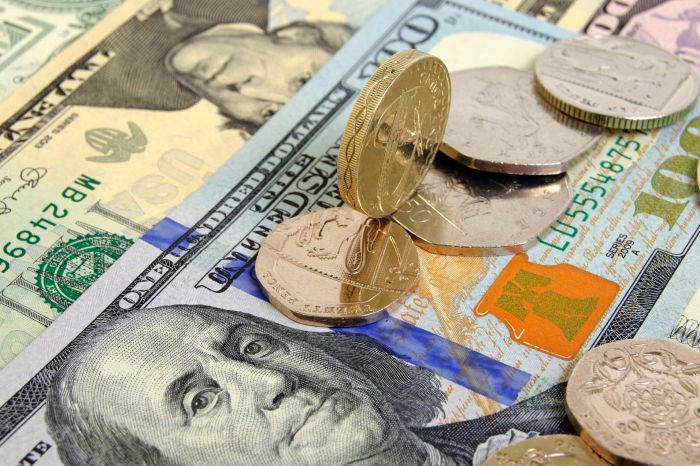 British pound, pence and the US dollar

You may also read: Morgan Stanley: Lightning better for payments

“In cutting back on their spending, consumers will also have had one eye on the upcoming surge in energy bills, as well as other price rises, which will have hit their wallets in April,” said CMC Markets chief analyst Michael Hewson.

Meanwhile, the outlook for the British economy dropped to its lowest level since the Great Financial Crisis, the results of a closely-followed survey revealed. Consultancy GfK’s consumer confidence index for Britain declined to -38.0 in April from -31.0 in March. Analysts had expected a smaller drop to -33.0.

Despite today’s weak macro data, the Bank of England (BoE) is expected to raise rates at its next meeting in May. Investors are divided between a 25bp or 50bp hike. The market is now pricing a 38bp adjustment at the 5 May meeting.

“Sterling faces some political risks again where the Financial Times today reports that the UK is (yet again) threatening to rip up parts of the Northern Ireland protocol, agreed as part of the Brexit deal. Markets have come to ignore this, although it could add to some downside risks to cable – where we think 1.2850 beckons.” economists at ING reported today.

In his yesterday’s speech, Fed Chair Jerome Powell signaled that 50 bps rate hikes at upcoming meetings were likely, and the usually more dovish leaning FOMC member Mary Daly even mentioned the possibility of a 75 bps move.

The USD strengthened afterward as the Fed appears to be the most hawkish central bank among the majors. Moreover, the dollar index remains above 100. Thus, we can expect further USD strength over the following days/weeks.