The Bank of France expects to have a central bank digital currency in place by 2023. It expects to test a prototype this year.

The Governor of the Bank of France, François Villeroy de Galhau, announced this goal at the Paris Europlace 2022 international financial forum.

It will probably not yet be a full-fledged solution, but it is intended to be a viable prototype of a wholesale central bank digital currency (CBDC).

Beginning with the wholesale CBDC

In his speech, the Governor was cautious, pointing out that the CBDC model will be really just wholesale not retail for now.

The difference is that a retail CBDC would mean that this digital currency, like cash, would be issued freely to the public by the central bank and they could use it for everyday use. On the other hand, wholesale CBDC will be used for the time being only by financial institutions that have reserve deposits with the central bank.

This is because with the retail concept, he said, a lot of concerns and doubts still come up. In contrast, wholesale CBDCs were less controversial and allowed institutions to experiment relatively quickly. So we may see some kind of European pilot scheme in 2023.

The technology will have elements of blockchains and DeFi protocols built into it. 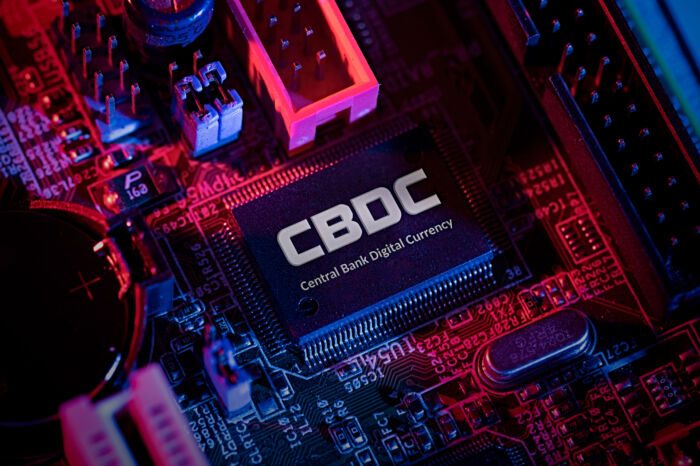 What should CBDC make more efficient?

Two purposes were mentioned that the Bank of France has identified as critical use cases. And as use cases that CBDC could make more efficient. One is the tokenization of securities and the other is the strengthening of cross-border and inter-currency settlement.

In summary, the reports from other central banks sound similar to the points made by Villeroy de Galhaua regarding the use of CBDC for retail, which was followed up by the Fed Vice Chair who said that even if a retail CBDC were approved by Congress and the President, it would take at least 5 years to create.

On the other hand, we already posted their information in the article regarding BlackRock that currently 87 countries are already exploring CBDC and more and more are starting to talk about it.