The bank cut its key rate to 9,5%. This is the fourth rate cut since the emergency rate hike to 20% that followed Russia’s invasion of Ukraine.

This comes at a time when central banks around the world are instead trying to raise interest rates to combat rising inflation. Even the European Central Bank (ECB) has decided to raise rates after 11 years. 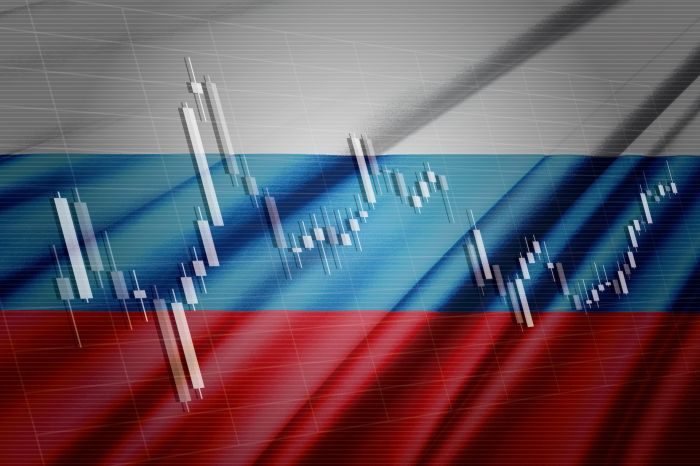 the Russian flag, chart and candlestick

Inflation in Russia is declining but is still huge

In April, the published inflation rate in Russia was 17,83%, compared to a reported 17,1% in May. So there is a drop in inflation, but it is still huge.

The Russian Central Bank sees this as a positive despite what they say is a “challenging and significantly restrains economic activity” external environment for Russia.

Is this just PR and a show of strength?

After the announcement of this move, the question arises whether this is not just a PR stunt by Russia in an attempt to show strength.

A large number of economists agree that for Russia, the current sanctions will have a much greater impact on the Russian economy over time and will undermine their growth and productivity. As for the Russian currency, the ruble, it has so far managed to stabilize and somewhat surprisingly is strengthening against the dollar. One of the most supportive steps is the effort to force as many foreign entities as possible to use rubles for their business with Russia.

According to a forecast by the Institute of International Finance (IMF), the Russian economy is thus expected to shrink by 15% in 2022. So let’s see if this forecast is ultimately correct despite these moves by the Russian central bank.