The heads of the IMF and the WB warned today that rising interest rates are weighing most heavily on the world's poorest countries.

Many predominantly poorer countries have still not recovered from the Covid-19 pandemic. Together with the current situation of rising food prices, this is putting a lot of pressure on individual weaker economies.

IMF chief Kristalina Georgieva noted that 60% of low-income countries are in or approaching debt distress. In this situation, their debt repayments are equivalent to half the size of their national economies. Countries struggling to repay their creditors will also struggle to help their poorest citizens at a time when the war in Ukraine is disrupting food supplies and driving up food prices. 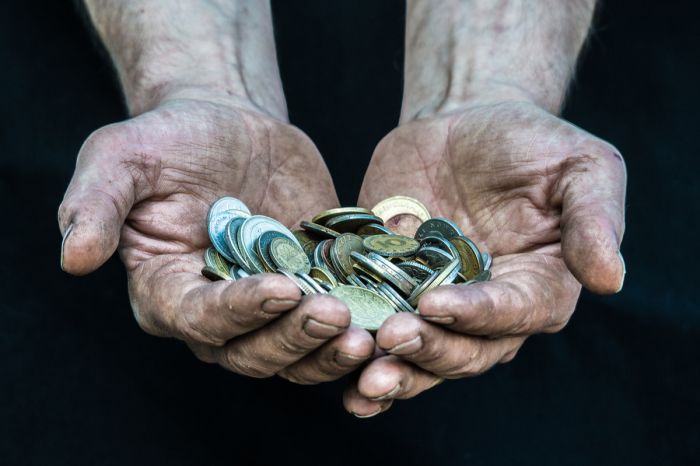 Dirty hands of poor man with many coins

Read also: The problem is moving from Shanghai further into China

Countries around the world went into debt during the pandemic to protect their economies. The IMF predicts that government debt in low-income countries will exceed half of their gross domestic product (GDP) this year. In 2019, before the pandemic, it was just under 44%. Globally, economic aid has worked, spurring an unexpectedly rapid recovery from the pandemic recession.

But the recovery has taken businesses by surprise. They struggled to meet soaring customer demand that overwhelmed factories and transport hubs. Supplies slowed and prices rose. The IMF now forecasts consumer prices will jump 8,7% this year in emerging and developing economies and 5,7% in advanced economies, the most since 1984.

In response, the world’s central banks are raising interest rates. The increased debt burden will be felt most painfully by the world’s poorest countries.

The problems are already beginning to show. Sri Lanka announced last week that it was suspending foreign debt repayments until a loan restructuring program with the IMF, designed to resolve the island nation’s worst economic crisis in decades, is completed.