Google, Meta, Microsoft and other big online platforms will have to focus more on fighting illegal content.

There has been talking for some time about whether huge multinational technology companies like Google and Meta are showing signs of monopoly on the internet. Antitrust chief Margrethe Vestager has been looking into this issue for some time and we can see the results in the Digital Services Act (DSA). Like Vestager said on Twitter:

“We may take a big step today for a safe and accountable online environment: What is illegal offline, should also be seen and treated as illegal online!”

27 countries have expressed support for this law, which should force companies like Google, Amazon, Apple, Meta, and Microsoft to change their core business practices in Europe.

According to the DSA, companies face fines of up to 6% of their global turnover for breaching the rules and could be banned from doing business in the EU if they repeat the breach. 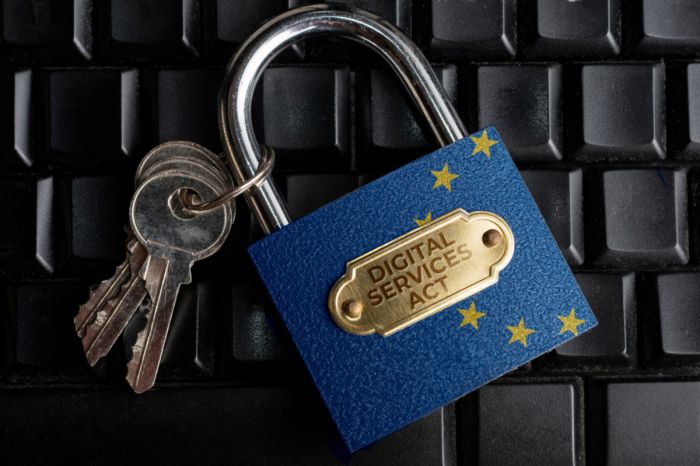 lock and keys with European Union Flag and DSA

What are the new rules about?

The new rules are aimed at targeted advertising aimed at children and sensitive data such as gender, race, or even religion. In all of these areas, there is at least a tightening of the conditions and consequently greater penalties for any breaches.

Another debate was about the cooperation of these large companies with the authorities in specific crises. This step should set out procedures and somehow treat cooperation in situations such as the war currently underway in Ukraine.

Companies also face an annual fee of up to 0.05% of global annual revenue to cover the cost of compliance checks. The DSA is expected to start applying in 2024.

So we shall see how the situation develops further. There were reports some time ago that Meta would leave the EU altogether because of these problems. Eventually, this information was refuted, however, this situation has shown us that we can expect a lot of disputes and conjecture on this topic.