Cryptocurrencies continue to tumble, but there are some companies that are using this recession period to build a better future.

As the summer is slowly ending, so is the correction upward on financial markets. Crypto and stock markets continue to dive because of the prevailing negative sentiment and ongoing economic crisis. 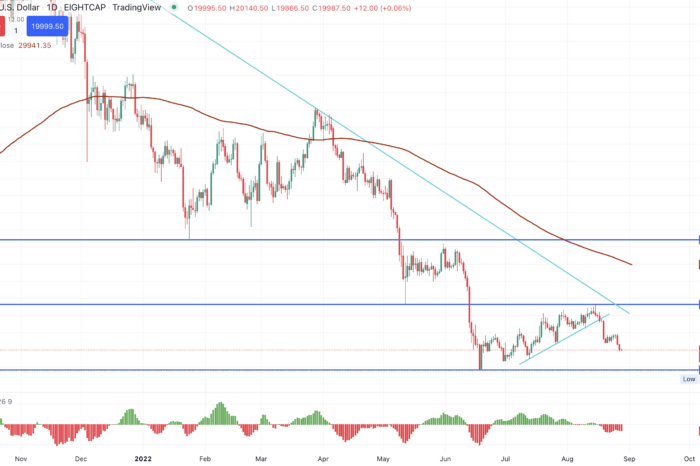 After PayPal started adopting the use of cryptocurrencies, a new giant digital payment provider entered the space. Binance and Mastercard have partnered to promote the widespread usage of cryptocurrencies. To introduce digital currency payments in high street establishments, the card corporation intends to allow its users to spend crypto in more than 90 million Mastercard-accepting merchant locations.

Related blog: Three cryptocurrencies that did well after massive selloffs

While 2022 is really bad for the crypto companies, FTX reported some interesting figures from the last year. FTX is one of the most prominent crypto exchanges in the world, and it reported an $89 million profit in 2020. However, this number grew more than 10-fold to $1.02 billion in 2021. Moreover, the operating profit was only $14 million in 2020 and $272 million in 2021. This marks a remarkable increase on a year-over-year basis of 1,842%.

3AC is being investigated deeper

The liquidators of Three Arrows Capital (3AC) Ltd. were apparently successful in securing a key court decision in Singapore that could aid them in comprehending the remaining assets of the insolvent crypto hedge fund in a major jurisdiction.

According to local sources, Afghanistan is cracking down on cryptocurrencies. Around 16 cryptocurrency exchanges have been shut down in just one region. The head of Herat Police’s anti-crime division, Sayed Shah Sa’adat, told Ariana News that the central bank thinks digital currency trading should be shut down because they “create a lot of difficulties and are swindling people.”

$100 million worth of NFTs stolen in one year

A new investigation claims that the previous year’s non-fungible tokens (NFTs) worth more than $100 million had been stolen. According to Elliptic, fraudsters made an average profit of $300,000 per scam, and a record-breaking 4,600 NFTs were stolen in July alone. Many of these events include hacked social media sites like Twitter or Discord, frequently persuading victims to mint fake NFTs.

While the overall sentiment is still negative, which draws the valuation of assets even lower, huge companies like Binance use this opportunity to build partnerships. The Crypto boom may not be around the corner just yet, but it is clear this space is moving forward at all times.