Three cryptocurrencies that did well after massive selloffs

The bear market of 2022 caused large selloffs in markets but some cryptos were able to make astonishing returns.

Recent months were brutal regarding investments as trillions of dollars were wiped off crypto and stock markets. The total crypto market cap fell from almost $3 trillion to about $850 billion; now, it is approximately $1.04 trillion. While some coins moved sideways, some did attractive returns after the selloff.

EOS is a well-known cryptocurrency established before the last crypto boom in 2017 and did great returns throughout 2020 and 2021. The last selloff sent EOS to $0.8, but the token surged to almost $2 in two months. This price surge is connected to the latest network upgrade, as EOS Foundation plans to hardfork its blockchain on September 21.

The EOS Network Foundation declared that the community-led protocol Antelope would fork the EOSIO codebase and rebrand it. This drove momentum on the EOS token, and as a result, it grew by 120% in a considerably short time while the strong bear market continues in many markets. As a result, many investors wonder if this is a start of a more significant movement or just a correction. 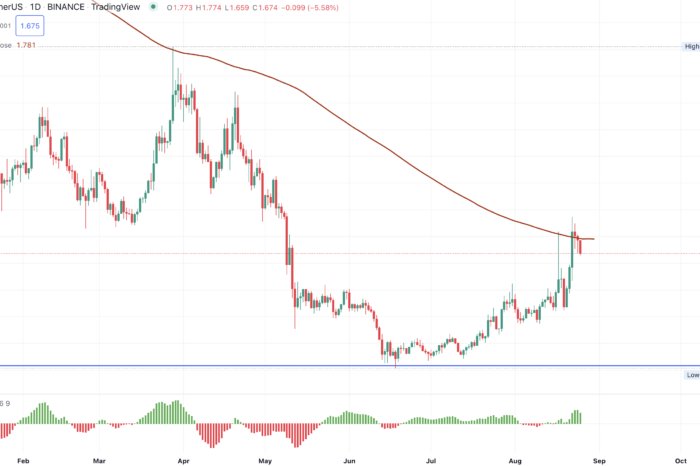 The weekly chart clearly states how down EOS really is and that it failed to break its all-time high (ATH) level from 2018. Nevertheless, those who bought when everything was down could make hundreds of percent easy. The current bear market even allowed EOS to go to levels unseen for a long time, falling below important support from the crash in 2020.

While it is questionable whether EOS will ever get above its ATH level, it currently sits in a low zone where it is considered undervalued. At the moment, EOS has a $1.67 billion market cap and its led by its founder Justin Sun who is still active in the project. Still, many investors are skeptical as the project did not keep its promises from times before the token generation event (TGE). 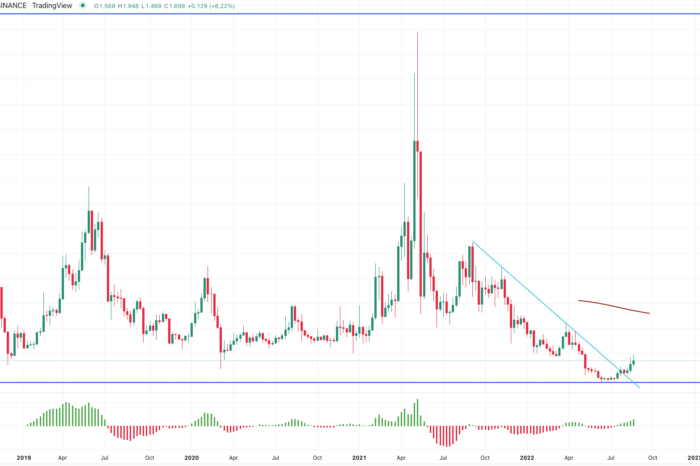 Chilliz declined big time when the crypto winter came after it reached almost $1. However, after it bottomed out at $0.08, Chilliz grew by 220% to $0.26 in two months as well. This rise was not only technical, as exciting updates came from the crypto company about network upgrade.

On August 15, Chilliz announced on Twitter its network has started the fifth stage of its Scoville testnet launch, and before the year is through, the mainnet CHZ cross-chain bridge is anticipated to go live. The seventh phase of the Chiliz Chain 2.0 migration is the launch of the Chiliz mainnet, and the mobile app launch could be coming soon too.

Pequin pepper is a hot chili pepper cultivar commonly used as a spice. Pequin peppers are very hot, often 5-8 times hotter than Jalapeños on the Scoville scale (30,000 to 60,000 Units).

Chilliz token has a $1.43 billion market cap and shows signs of a possible downturn as it nears an important trend line and is overhyped because of the news. This token might be a great long-term investment, but it is expected to come lower in the next few weeks, which could offer a better entry in a buy position. 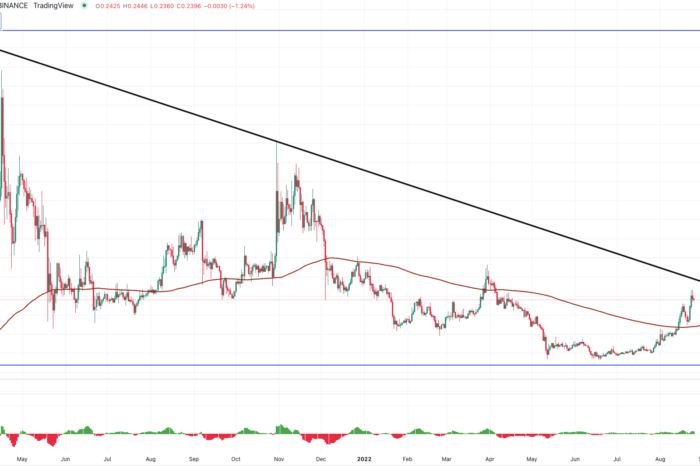 Probably one of the biggest winners in this bear market is SANTOS. In 2022, it dumped hard to $1.36 but gained strong momentum to $6 in the middle of May. The rally then continued to approximately $22, growing 15-fold, and SANTOS quickly became one of the most favorite football coins in the space. 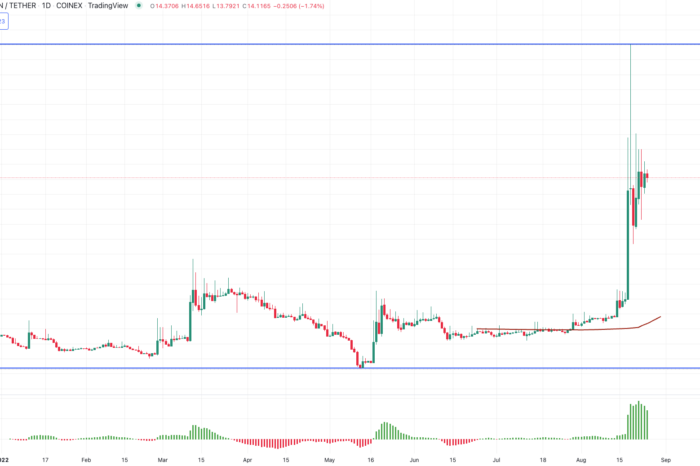 Even after the big pump, the token is valued at a “humble” $63 million, crossing its ATH level from December 2021. Santos FC Fan Token is partnered with Binance, which allowed big volatility and liquidity to investors. While there is no specific news for this price surge, Binance is trying hard to introduce digital assets to the whole world as it recently partnered with Mastercard and many other prominent companies.

The recent selloff that ended at the beginning of the summer offered several investment opportunities as some tokens grew by hundreds of percent. Still, investors remain skeptical because of the ongoing crisis caused by high inflation and rising interest rates.