Bitcoin, like any other asset, is correlated to other asset classes, and lately, it has been correlated with gold more than usual.

Bitcoin also correlated with the stock market as it skyrocketed in 2021 and then dived in 2022. However, the markets have shown a different kind of correlation lately.

As of last week, the correlation between Bitcoin and gold has reached the strongest point in more than a year. While this correlation was mostly negative this year, it turned to more than 0.3. Both gold and Bitcoin fell in value since the Russia-Ukraine war started in the first quarter of 2022 and because of the tightening monetary policy. 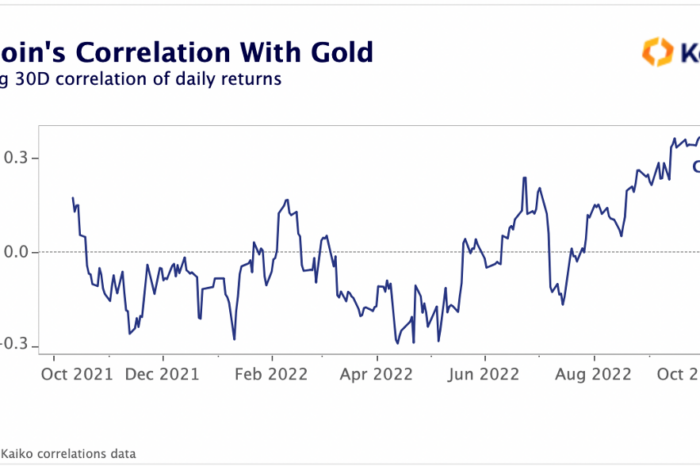 Many investors now think gold failed to deliver gains during economic turmoil and act as a safe-haven asset. However, gold’s performance may still be on the way.

“Over the past year bitcoin has been mostly uncorrelated with gold, with its correlation oscillating between negative 0.2 and positive 0.2. However, as the U.S. Dollar continues strengthening, negatively impacting both crypto and gold, the correlation between the two assets has shifted,” the report states.

Bitcoin is slowly growing from its bottom in June and is now fighting on an important level of $20,000. If it continues to grow alongside gold, these two assets could help each other rise in value. However, Bitcoin needs to break the trend line upward first, so the traders might start thinking about long positions. 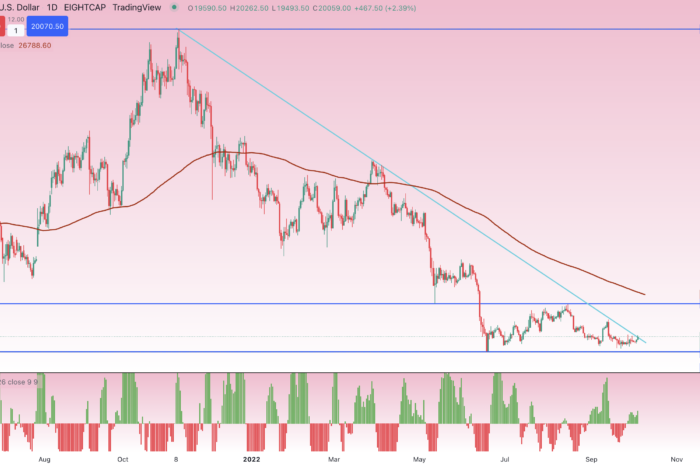 The last few candles on gold show strong bullish momentum and buy positions that could set it higher in the next few weeks. However, gold also needs to break a crucial trend line, which could mean an end to a downtrend and the start of an uptrend. 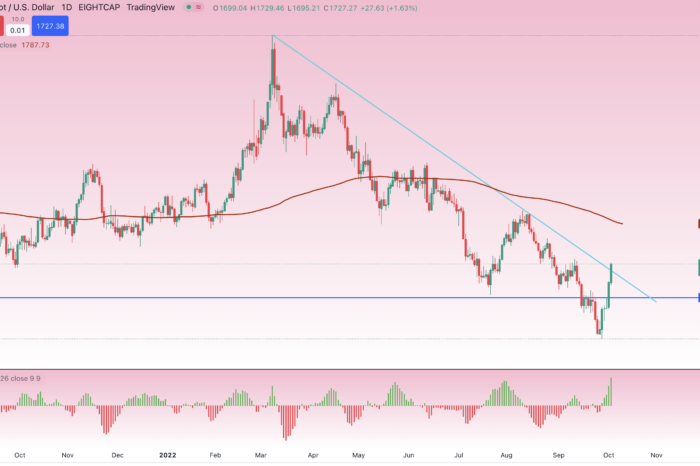 As the U.S. dollar gained massive strength in the last year, it would only be logical if investors start putting capital into other assets such as gold or the “digital gold.” Other metals and cryptocurrencies may be sought after as silver gains momentum, and altcoins could follow Bitcoin’s trend.