The crypto space is full of interesting news, and you can read the most important information from the last week in this article.

The bearish sentiment still rules the cryptocurrency market as central banks fight high inflation rates and have to tighten the economy. However, there is some good news for crypto as well. Let’s take a look at the news from the last week.

In a lawsuit filed against Ripple in December 2020, the SEC claimed that Ripple, its CEO Brad Garlinghouse, and co-founder Chris Larsen had participated in an illegal securities sale in which they had individually sold XRP for hundreds of millions of dollars. XRP will be regarded as a security rather than a cryptocurrency in the US, if SEC wins the legal dispute.

This might then establish a legal standard that leads to the classification of other cryptos similar to it as securities. Therefore, the case against Ripple is crucial for all parties involved in the cryptocurrency industry, including investors, blockchain pioneers, and international policymakers. It might not be long until the Ripple court case, which has been ongoing since 2020 and will set a precedent for the cryptocurrency sector, is resolved.

The US Securities and Exchange Commission (SEC) and Ripple Labs, the corporation that created Ripple, have both filed applications for summary judgment (XRP). There was hype in the markets around the possible win of XRP that helped it surge in price by almost 100% in a few weeks. However, the price continued lower after it reached its temporary peak at $0.54 and awaited SEC’s final decision.

Uniswap intends to extend its current influence. Uniswap Labs is reportedly in the “early stages” of preparing a fresh investment round. A $100 million to $200 million equity round with a $1 billion valuation is being discussed with several investors like Polychain.

In 2020, Uniswap Labs raised $11 million in its Series A funding round led by Andreessen Horowitz, and now the company aims higher. Uniswap continues to be the leader with the biggest trading volume among decentralized exchanges.

Do Kwon on the run

Do Kwon officially declared on Twitter that he is “not on the run” on September 17th, but he made it clear that he would keep his whereabouts a secret. Reportedly, Kwon attempted to cash out $67 million worth of Bitcoin one day after the arrest warrant was issued on September 14th. However, he claims this information is not true.

Interpol even issued a Red Notice on Do Kwon, yet he still chooses to disregard what is going on around him, as evidenced by the tweet he made shortly after the international arrest order was issued.

Sir, what are your thoughts on the interpol red notice?

The cryptocurrency market appears to be rising in the middle of the worldwide devaluation of numerous fiat currencies, which has investors looking at cryptocurrencies like Bitcoin (BTC) and Ethereum (ETH).

Read more: The US imposes new sanctions on Iran oil

According to statistics and charts released on September 29th by cryptocurrency market intelligence platform Messari, investors in the United Kingdom and the European Union are selling record amounts of pounds (GBP) and euros (EUR) to buy Bitcoin. 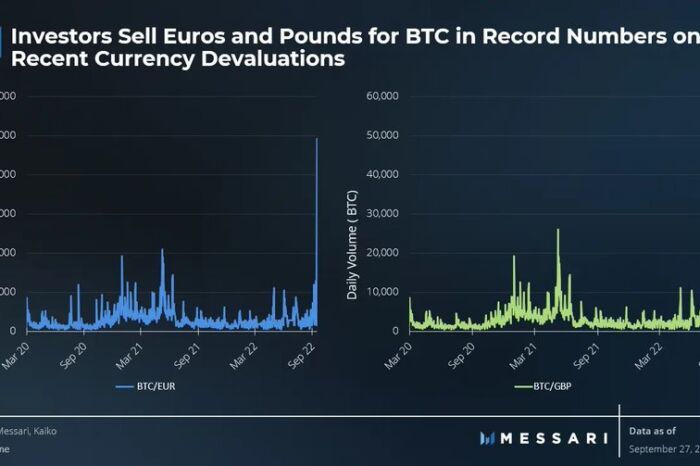 This is a logical move after people see their currencies report record-high inflation and their devaluation to the US dollar. The US Dollar is strengthening against all fiat currencies, while EUR, GBP, and other currencies suffer. In fact, the US appreciated by 22%, EUR depreciated by 18%, and GBP with JPY lost about 22.5%, as seen in the chart. 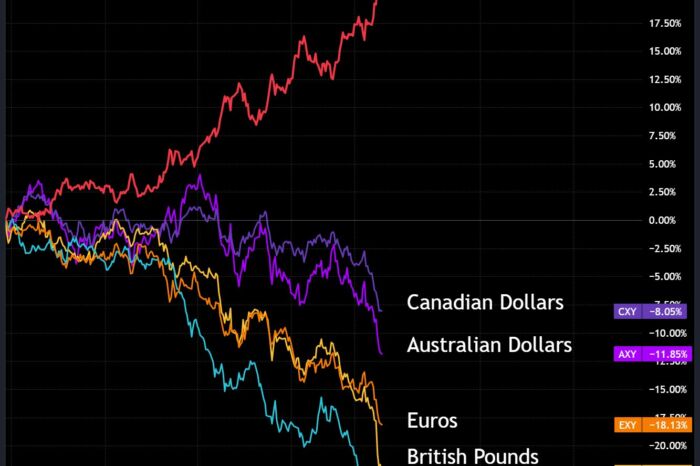 The development of fiat currencies in the last year, source: tradingview.com

Stanley Druckenmiller, a billionaire investor, believes that when people begin to have doubts about their central banks, cryptocurrencies may make a comeback. The hedge fund manager thinks this endgame is increasingly likely given the state of the global economy and the Fed’s difficult task of fighting both inflation and recession.

The Fed’s monetary policy in 2021, which led to one of the biggest market bubbles ever seen, is criticized by Druckenmiller. He continues by saying that the Fed and other central banks failed to handle inflation last year because it was simply not in their mandate to do so. When Fed started to take action and implement aggressive policy, cryptocurrencies fell to their lowest levels since 2020 as a result.

The NFT marketplace OpenSea has teamed with the American record label Warner Music Group. Warner Music Group artists will have their own drop sites on OpenSea in an effort to boost fan engagement and develop community. Despite the sharp decline in the popularity of NFTs this year, it may lead to a rise in the adoption of NFTs in the long run.

And also, did you know that Crypto Punks is the first NFT project to reach 1 million Ethereum trading volume on OpenSea?