Crypto investors suffered the biggest losses ever in terms of dollars wiped out from the market in 2022. More than $2.1 trillion valuation disappeared from cryptocurrencies, and many investors think there is more pain to come.

Crypto investors after they've been told to buy the dip for the 47th time 🔥 #cryptocrash #crypto #Cryptocurency #BTC #ETHMerge pic.twitter.com/QVjTuyHf58

Bitcoin topped at about $69,000 last year and dropped a little below $18,000 in June 2022. Now many investors question whether it will ever recover as they always do after strong market crashes. After all, Bitcoin fell by a whopping 73% and is now bouncing up and down below the important $20,000 mark. It is obviously oversold but is the downtrend just beginning or over? 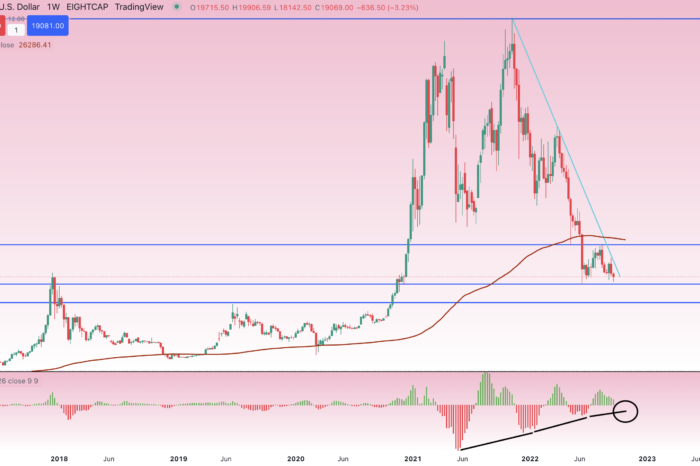 Bitcoin had two main pullbacks in this downtrend which you can see by looking at the OsMA indicator. Two divergences were formed as well, which showed the short-term bottom. Now Bitcoin is at its June support and points to a “potential bottom for the 47th time.”

Related article: Everything you need to know about Ethereum Merge

If it breaks below that support and another divergence is formed, it may be time to get bullish again. However, it is also essential to watch that trend line because as long as Bitcoin is under it, there will be no uptrend.

So where’s the bottom?

As this is the first serious global recession cryptocurrencies are going through, it is difficult to estimate where exactly Bitcoin will bottom out. However, historically speaking, it always found its bottom when it fell by about 75% to 85%, and when it took almost a year. Now Bitcoin is entering the 11th month of a downtrend, which might signal a relief rally. 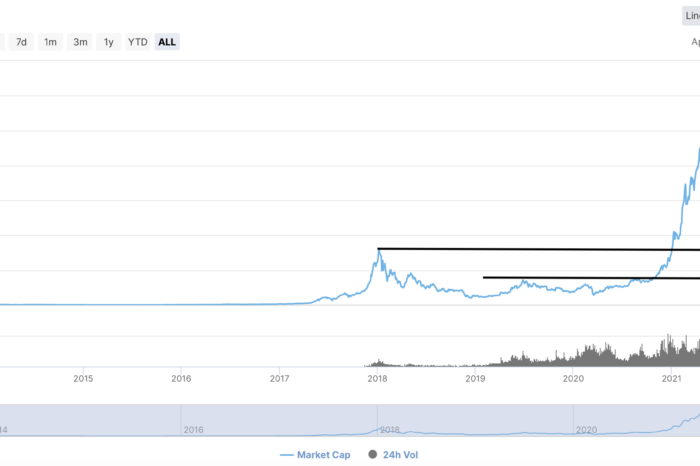 While it’s “only 73%” and not 87%, this is similarly a large market wipeout. However, it is a more significant market drop in terms of dollar valuation. Moreover, fewer people used to trade and invest in cryptocurrencies in 2018, and now the mass adoption is much more significant.

Also read: Here are 3 reasons why stocks may continue to dive

Now it is estimated that 4.2% of people worldwide used cryptocurrencies. In theory, the stronger the mass adoption, the higher the market valuation and the smaller the market drops as a result. This adoption of cryptocurrencies continues as Societe Generale offers crypto services, Nasdaq wants to offer crypto custody services, and MicroStrategy buys more Bitcoin.

While the current recession looks nasty, there are several indicators pointing to a potential relief rally in the upcoming months despite central banks’ rate hikes. Risk-on assets will probably take another hit as they are already falling after Fed’s rate hike, but nothing lasts forever.