Africa as a new source of the world’s metal?

The whole world is dealing with a shortage of metals. But now developed countries must start looking for more risky new deposits.

The need to secure new sources of metals for the steady operation and growth of their companies, with sanctions imposed on the largest producer Russia, has increased the appetite of large miners to take risks in Africa, as they have few alternatives in the resource-rich continent.

For many companies and investors, the African continent has long been an overlooked location that has carried many risks. However, now, with the war between Russia and Ukraine and the lockdowns in China that are being imposed as a result of the covid-19 pandemic, miners are having to adapt and look for more alternatives. 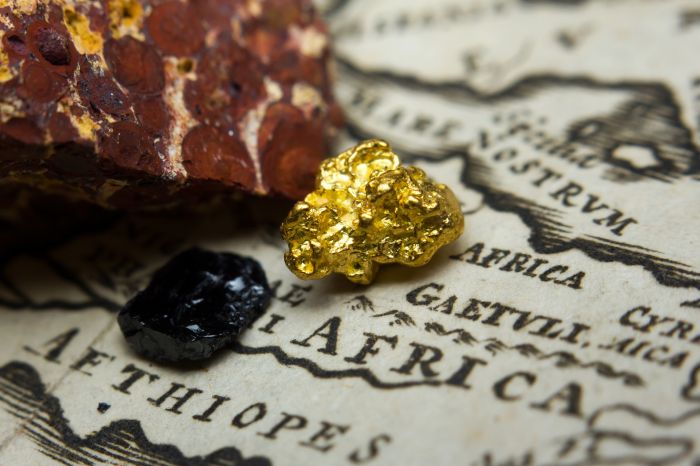 Ore deposits and an map of Africa

Thus, this year’s Investing in African Mining Indaba conference, which is being held in Cape Town from 9 to 12 May, has attracted a large number of foreign companies and individuals, including Jose W. Fernandez, who is Under Secretary for Economic Growth, Energy, and the Environment – State Department/United States Government. This may indicate to us that the US is also interested in the possibility of metal mining in Africa.

However, there are many complications to opening new mines

The United States, of course, also has efforts to revive its domestic mines. However, most of the time, when a new deposit is found and a mine is to be established there are a lot of conflicts, both legal and armed. For example, Rio Tinto’s Resolution copper mine project was halted because of Native American land claims and conservation issues.

In Africa, however, the situation will not be easy. Last month, for example, we saw a problem in Burkina Faso, where the Russian company Nordgold had to abandon its Taparko gold mine because of the growing threat of local militants in the area. This shows us that even though companies are starting to look to Africa as a possible hedge for their resources, they will have to act with caution and discretion.