Canada has shipped the turbine needed for the Nord Stream 1 pipeline after repairs. It should arrive in Russia within 7 days.

The turbine is needed for the Nord Stream 1 pipeline, which runs along the Baltic Sea bed and is crucial for gas imports from Russia to Europe.

The problem started in June when Russia reduced the flow of this pipeline to about 40% of its original capacity. It justified this by technical problems with a compressor turbine.

The turbine became the subject of a dispute

The turbine also became the subject of a dispute between Germany and Ukraine. Ukraine has called on Canada to keep the turbine, claiming that its return violates sanctions imposed on Russia. That did not sit well with Germany, which in turn wanted the turbine sent back so it would not lose its gas supply.

Germany is heavily dependent on energy supplies from Russia. Stopping the flow of gas through the Nord Stream 1 pipeline would disrupt the country’s plan to fill its storage tanks for the winter and deepen a gas crisis that has necessitated emergency government measures and high bills for consumers. 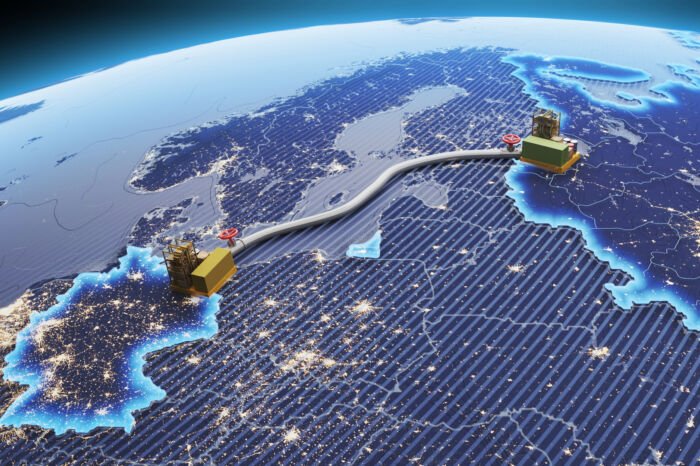 3D render of the construction of the gas pipe Nord Stream

Read also: France expects to be without Russian gas

Regular maintenance of the pipeline also started last week. This is scheduled to last until 21 July. Some European politicians fear that Gazprom will either not resume gas supplies after the maintenance or will do so only in a limited mode.

Of course, commodities are routinely used to amplify political influence and are a big part of the bargaining power for countries that own them. Particularly in this case, where many European countries are dependent on Russian gas and Europe would likely experience a very unpleasant winter if cut off completely. Whether it is a political thing in this case as well is for everyone to decide for themselves.

There is also the Nord Stream 2 pipeline, but it does not have an operating permit

The Nord Stream 1 undersea pipeline has been in operation since 2011 and runs from Vyborg, Russia, to Lubmin near Greifswald in northern Germany. It is 1,222 kilometers long and has a maximum capacity of 55 billion cubic meters of gas per year.

The Nord Stream 2 pipeline, which runs parallel to Nord Stream 1 and has the same capacity as Nord Stream 1, was completed last year, but German authorities refused to give permission for it to start operating before Russian troops invaded Ukraine.