S&P 500 drops like a rock after US inflation data

It looks like bulls were wrong and inflation will not ease as quickly as anticipated.

The benchmark S&P 500 index dropped more than 3% on Tuesday as investors quickly exited their long positions built recently amid hopes that inflation might be easing.

According to BofA’s Michael Gapen, the “solid” reading on core CPI and core goods prices in particular “suggests that underlying price pressures remain firm and that the Fed’s work is only just beginning. As a result, we expect a 75bps rate hike in September and a terminal funds rate of 4.0-4.25% early next year.”

In his conclusion, he states that his “outlook for the US economy includes a mild downturn in 1H 2023 and a restoration of price stability in 2024.” However, he continues, “solid employment gains alongside firm core inflation readings, in our view, point to additional monetary policy tightening and hard landing risks.”

You may also read: GBP/USD sits at three-week highs ahead of US inflation

Previous days have seen some buildup of long positions, hoping the Fed might not be so hawkish anymore. Unfortunately, it seems those investors were wrong, quickly leading to a massive decline today.

The following support is expected at 3,900 USD. On the other hand, the index must climb back above 4,050 USD to cancel the current negative momentum. 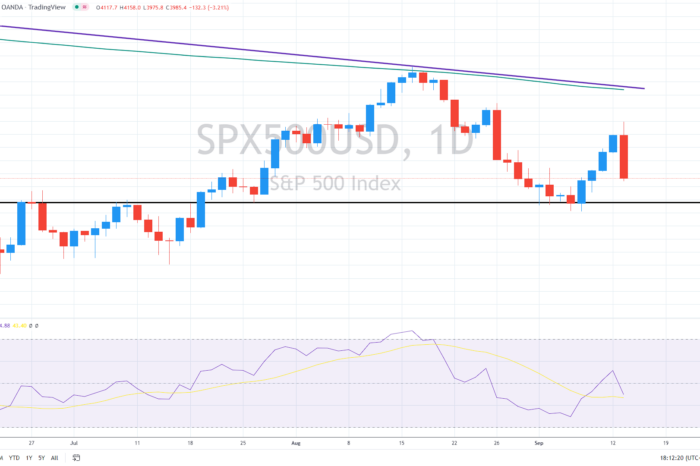