Earlier today, the Bank of Japan (BoJ) did not modify its monetary policy settings, holding rates at -0.1% and the 10-year Japanese Government Bond (JGB) yield target at 0.00%.

A monetary policy that has remained steady has left market players uncertain, causing massive volatility in the JPY pairs. As reported by Reuters, investors had anticipated that the BoJ might abolish the objective of yield curve control as it required significant bond purchases to protect the yield cap, likely leading to a possible rate hike in the following months.

The following BoJ quarterly outlook report also undermined the Japanese Yen and helped the Nikkei index advance as it did not raise inflation expectations. They remained at 1.6% for core CPI for 2023.

Furthermore, the report stated that the global economy might drift downwards due to capital outflow from developing nations and tightening global financial conditions. As a result, prices may wander lower since salary increases may not strengthen as anticipated.

Finally, the central bank has left the phrase “Will not hesitate to take additional easing measures as necessary” unchanged, implying that monetary policy will remain ultra-loose for the near term.

Shortly after, Governor Haruhiko Kuroda of the Bank of Japan addressed at the post-policy meeting press conference on Wednesday, stating that “monetary easing will continue to achieve sustainable, stable inflation.”

He also added that since December’s change to the yield band, it is still too soon to evaluate the effect on market operations.

“I am not expecting 10-year Japanese bonds to continue trading with yields higher than 0.5% as it will take some time for the market’s yield curve formation under new policy operation to settle,” Kuroda stated.

Later today, the US data will retake center stage, influencing the financial markets.

After a 0.6% decline in November, a tiny 0.1% improvement in retail sales is anticipated for December. It is challenging to see Americans maintaining low spending levels in a month influenced by Black Friday sales and preceding the holidays. Still, severe weather around Christmas contributed unquestionably to lower projections.

The daily chart looks very lucrative here as the index has formed a multiple bottom formation, with the critical support at around 25,635, again tested a few days ago. As long as the price remains above it, the medium-term outlook seems bullish, likely targeting the 200-day average (the blue line) near 27,200. 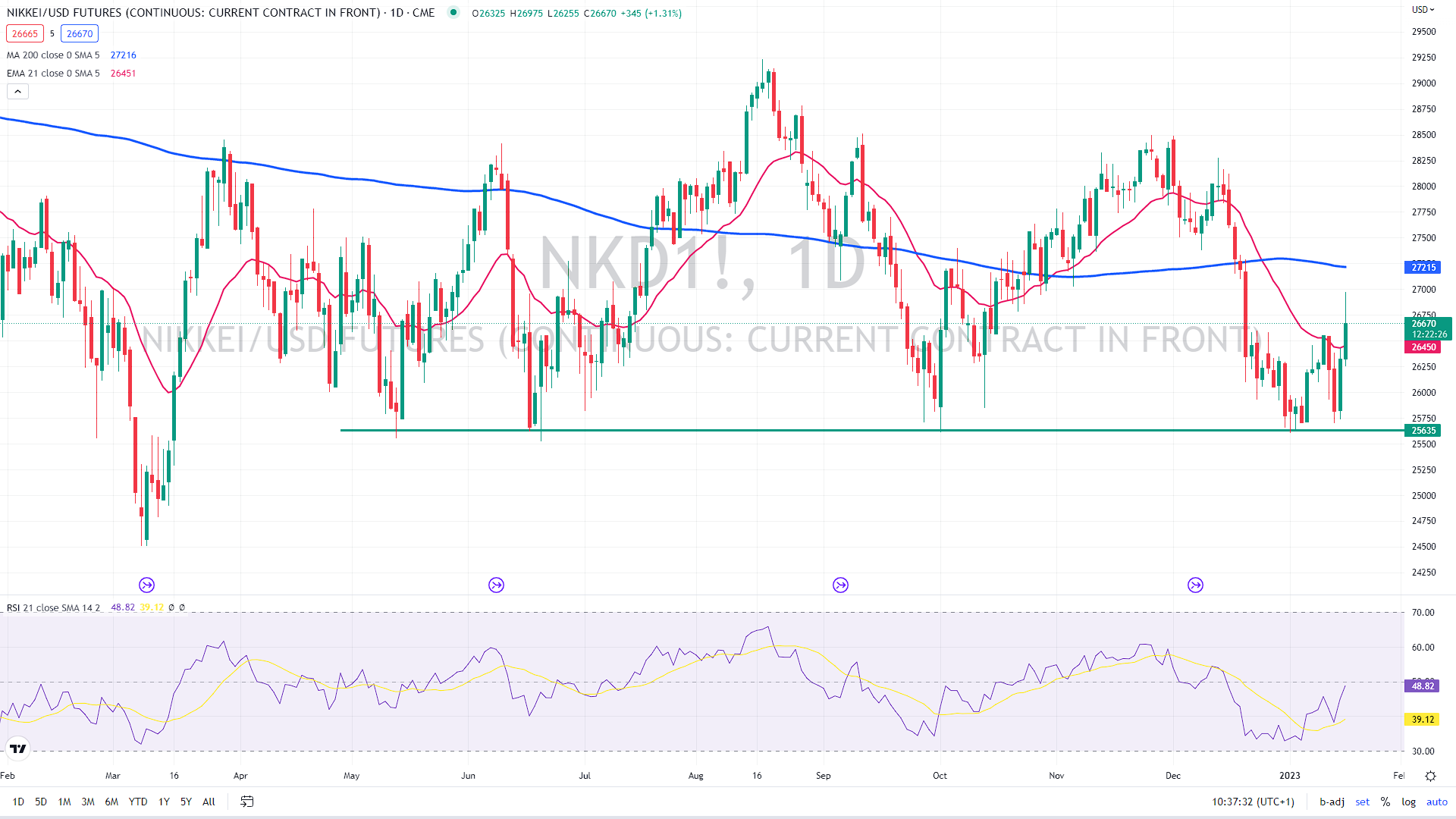