After consumer prices rose to an eight-year high in April, the government decided to ban all wheat exports.

Exports of all wheat, including high-protein varieties of durum and normal soft bread wheat, were moved from the “free” to the “prohibited” category with effect from May 13.

The ban on exports also comes at a time when wheat purchases by government agencies have fallen to a 15-year low, with only 18 million tonnes (mt) purchased so far in the current marketing season, compared to a record 43.3 mt in the 2021-22 season. While the wheat marketing season technically runs from April to March, most government purchases at its minimum support price (MSP) run from April to mid-May. 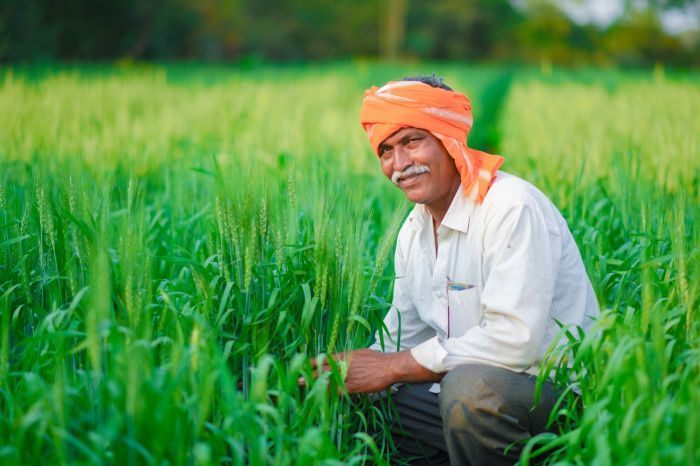 Indian farmer in his Wheat field

India has portrayed itself as a solution for the world

Despite all this, India’s Commerce and Industry Minister Piyush Goyal tweeted on April 15 that Indian farmers are overflowing their granaries and are ready to serve the world.

Indian farmers are feeding the world.

Our farmers have ensured our granaries overflow & we are ready to serve the world.https://t.co/h56oSc3HDC

Another of his tweets on the same day cast India as “the food security soldier”.

Egypt has turned to India for its supply of wheat trusting us for quick & quality delivery.

Modi Govt. is leading the response to a surging global demand as our farmers give us an upper hand with a bumper harvest. pic.twitter.com/gFk8bjZ4ky

According to local reports, it now appears that farmers have harvested 15-20% less grain than last year.

About 4.5 mt of exports have already been contracted for the current fiscal. Of this, about 1.5 mt was shipped in April. It is not clear how much wheat was exported in the current month before the ban came into force, nor the quantities that will be covered by the transitional measures.

You may also like: Turbulent week on commodity markets

The export ban may also force farmers who have been holding back crops in anticipation of price increases in the coming months to sell to government agencies at MSP. Indeed, it is possible that farmers have been selling their crops to private traders and companies rather than to government agencies. At the same time, because of the large amount of increase in wheat prices, many of them waited to sell to get a higher price. Well, now it seems that this tactic will not quite work.