Determination in the fight against inflation confirms the hawkishness of the monetary policy. Gold reacted negatively and tested a level of $1700.

Monetary policy persists in a negative correlation to gold. Fed chairman Jerome Powell stated his opinion about the fight against inflation. The target of the US monetary policy maker is about a 4% interest rate which should persist for a few years. Moreover, Powell’s speech showed his strong inspiration from the 80s monetary policy. That could mean continuous hawkish rhetoric.

We have informed about this topic: Jackson Hole statement determined the next move in markets

Gold has a negative correlation to interest rates. This means that higher interest rates favor financial assets with interest, while gold has no interest. This hurts gold’s competitiveness. A negative trend is clearly seen this week when on Thursday, gold tested the $1700 level.

This level works as support, which declares Friday’s course of bullion. Non-farm payrolls were higher (315k) than expected (300k) and US Dollar declines against its counterparts. Gold is up +1.17% at the level of $1728,7. Resistance could be around the area of $1740-$1755. Next resistance could be at $1764,1, which represents the Point of Control (POC – the highest volume in a particular session) from the 26th of August. The important support level stays around $1700s, as the strong psychological level. 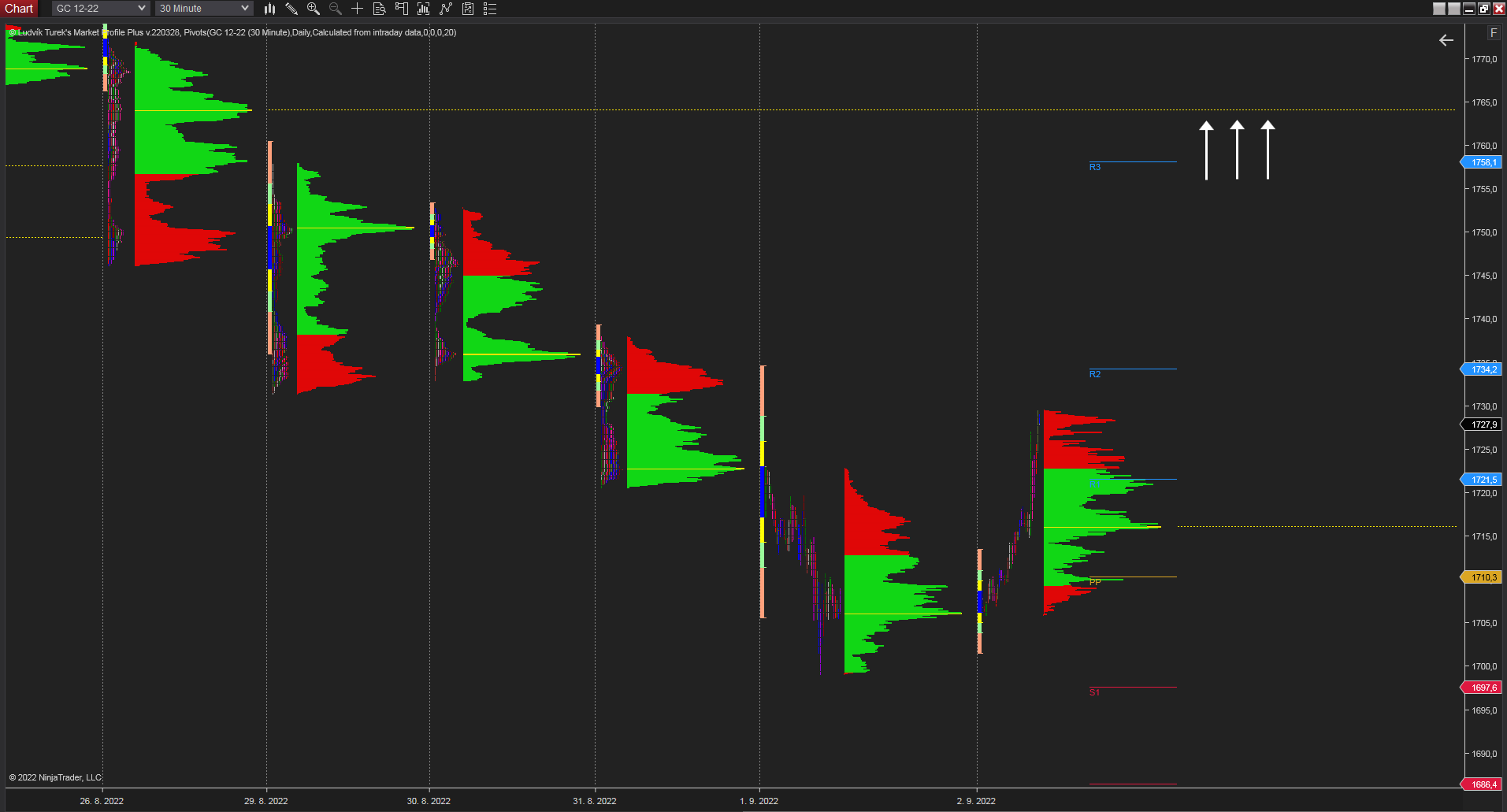 Course determination for the markets

Despite the short-term corrections in the price of yellow metal, the main fundament seems to be clear. Jackson Hole Symposium brought quite a strict press conference from Powell. Higher interest rates and strong determination in the fight against inflation confirmed the current trend. Hawkishness could persist in the markets for some time.