What can this mean for the world of cryptocurrencies and for the social media itself?

The interest of the well-known businessman Elon Musk in acquiring a shareholding in one of the largest social networks has been talked about for a long time. Twitter is a platform that Musk also uses personally, but it is also a space where he has often been accused of influencing cryptocurrency prices. The idea of ​​buying a majority stake thus immediately became the subject of heated discussions and was not even positively received by Twitter’s shareholders. However, the situation seems to have changed, and according to the latest reports, Musk will get this share for an astronomical amount of $ 43.4 billion. But what effects can this have on individual cryptocurrencies and the social network itself, which is used daily by millions of people worldwide?

Earlier this month, Elon Musk said he is interested in acquiring a share in Twitter. On April 4, he succeeded in fulfilling this statement by acquiring shares – he get 9.2% of the company. The available information indicated that the shareholders did not like this purchase very much and even wanted to use defence mechanisms to stop taking possible control of the company by one person. A few days later, Elon Musk confirmed this intention, but it seemed that acquiring a majority share would be problematic. 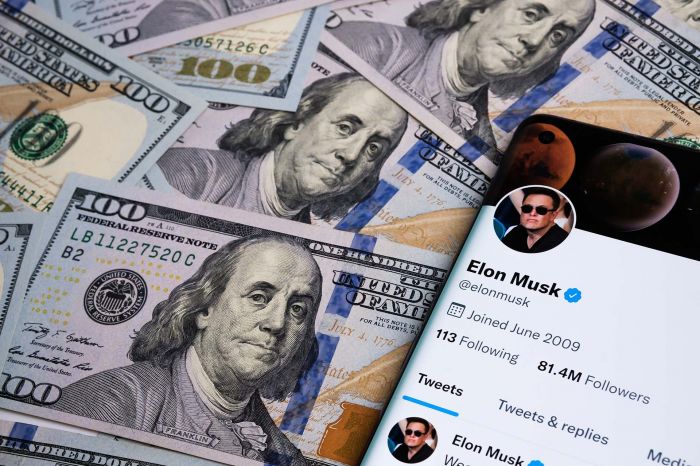 However, the situation has changed, and the final offer is on the table today, which means that Musk will become the majority shareholder of Twitter. Most likely, only comments from regulators are awaited. With $ 43.4 billion, this is probably the largest acquisition by technology companies globally. Since the beginning of the month, the stock price has risen 38%, and selling shareholders are expected to receive $ 54.2 per share.

What are the plans of a 50-year-old businessman with a social network platform?

The purchase is also interesting from the past point of view, as Elon Musk was accused of influencing the prices of cryptocurrencies and did so through his Twitter account. Of course, this cannot be said with absolute certainty, but the price of bitcoin, for example, has probably also been influenced by its statements in the past. He is also associated with the well-known meme cryptocurrency Dogecoin, which originated as a joke. He even labelled himself as “Dogefather”, apparently expressing support for the cryptocurrency. In any case, we certainly cannot deny him the merits of popularizing cryptocurrencies as such.

Even after the initial purchase of shares, speculation about a possible deeper connection between Twitter and cryptocurrencies emerged. Elon said in an interview that the 16-year-old Twitter platform has enormous potential and that people must have space for free expression within the law. There is also talk of the possibility of cancelling the ban for former US President Donald Trump, who said that he is not going to return to Twitter even if it does. Another announced news should be the addition of a button to edit tweets after they are published, as well as the verification of user identities. We may have to say goodbye to a platform where users can act under an anonymous profile, but this may not be bad in the sight of today’s world of misinformations. Elon Musk also expressed the intention to publish the source code of Twitter, which should contribute to its credible operation.

You may also read: Bitcoin as a legal tender in the Central African Republic?

“I have invested in Twitter because I believe in its potential to become a platform for free speech for the whole world and that freedom of speech is the social imperative of a functioning democracy. However, the company will not prosper or serve this purpose in its current form. As a private company, Twitter needs to be transformed.”

The cryptocurrency mentioned earlier, Dogecoin (DOGE), also responded to this news. Thanks to Elon Musk and his purchase, it again gets into the top ten cryptocurrencies in the total market capitalization (according to CoinMarketCap). Its price has risen by 20%, but it is still only half the value a year ago. The value of bitcoin (BTC) and Ether (ETH) also increased slightly. More detailed plans for the deeper implementation of cryptocurrencies in the Twitter platform are not known yet. We will probably see how the visions of a well-known businessman will be reflected in the real functioning of the social network in the coming months.