Finland is braced for the possibility that it could be next on Russia's list of countries to cut off gas supplies to European Union members.

Last week we reported that Russia has already stopped gas supplies to two EU members because it insists that customers start paying for its gas in roubles. Finland has also rejected this demand from Russia and so it is thought that it could also be cut off from this Russian commodity. Especially because of the recent debates about Finland and Sweden joining NATO, which of course Moscow does not like.

Finland is not that dependent on gas overall, so a possible cut-off would not be disruptive. The share of gas in the energy mix is only about 6%, but it is still very important for the industry. Finland gets most of its gas from Russia and the rest from Lithuania.

At the same time, Finland is already at least partially preparing for a potential cut-off. Together with Estonia, they have prepared a roughly 200-metre long LNG carrier, which should serve, among other things, as a floating gas storage tank for Finland. 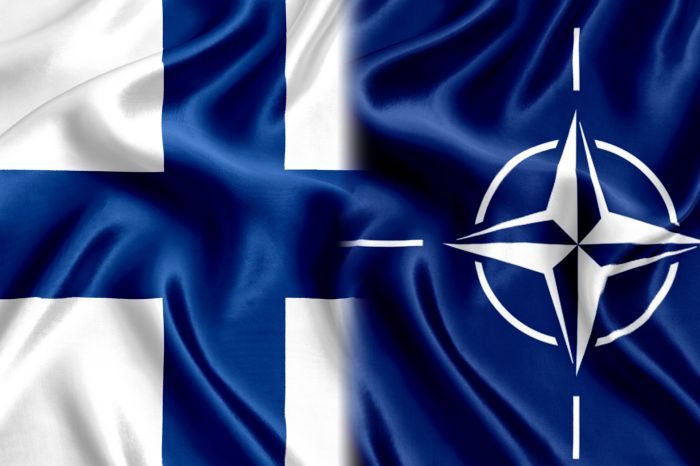 Flag of Finland and Nato

Finland is not neutral and NATO supports it.

Since Russia entered Ukrainian territory, Finland has been increasingly active in siding with the West. During an interview with CNN, Finnish Minister of European Affairs Tytti Tuppurainen made a strong statement that Finland is not neutral and is a close NATO partner.

My key messages in a live interview on #CNN yesterday:

🔸Finland is a safe country
🔸We are not neutral. We are part of the West, an 🇪🇺Member State and a close partner to NATO
🔸We will make our own decisions to safeguard the security of Finland and 🇫🇮citizens

Both Finland and Sweden are expected to decide in the coming weeks whether to apply for NATO membership.

The countries are in favour of joining, and even major member states are voicing support for the decision. For example, Germany.

Finland and Sweden can count on Germany and its support should they apply for @NATO membership. The German Government made that clear today. Thanks for visiting us in #Meseberg, @MarinSanna and @SwedishPM Andersson! https://t.co/k6eEkL3huu

So the whole situation will be resolved in the coming weeks. The world can only hope that whether Finland and its neighbour join NATO or not, the move will not provoke a further reaction from Russia. After all, Finland shares a border with Russia that is over 800 miles long.