Coinbase exchange became one of the Fortune 500 companies

Cryptocurrencies are gradually getting into the world, and companies dedicated to this innovative industry are growing along with them.

Cryptocurrencies are gradually getting into the world, and companies dedicated to this innovative industry are growing along with them. Leading companies include, of course, crypto exchanges, as their profits are directly linked to the popularity of digital assets and their trading volumes. Coinbase is one of the largest exchanges and the company managed to reach the Fortune 500. It is the first crypto company to do so, despite last year’s global pandemic.

Every company wants to get into Fortune 500

The Fortune 500 is truly the ranking of the elite companies in the United States, and joining it is probably the goal of all the owners and managers. However, not everyone will succeed, and the minimum profit threshold for inclusion was $ 6.4 billion. Coinbase crossed this line quite significantly, and in 2021 it made a profit of $ 7.8 billion. It thus took a respectable 437th in the ranking. Compared to Walmart’s top place with $ 573 billion, it’s still rather small, but it clearly shows a rising trend of cryptocurrencies. 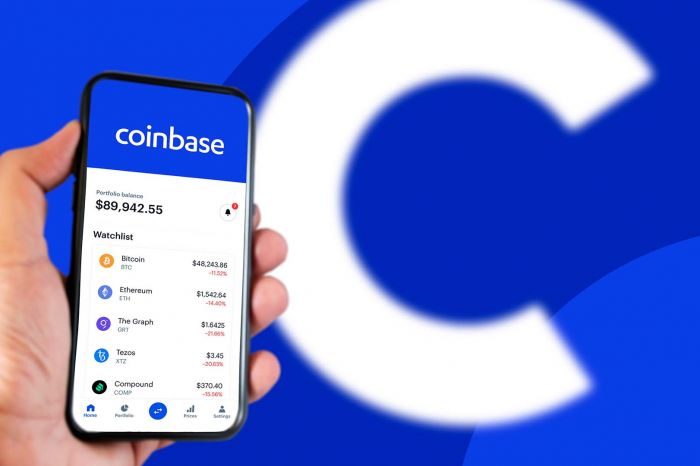 However, this is not all, and the exchange can show off with a second place in the year-on-year increase in revenue, where they recorded an increase of 514%. They were overtaken only by Moderna with a 2,200% increase, but that was logically (the pharmaceutical company) significantly helped by the pandemic. Coinbase thus confirms its title of the most widely used cryptocurrency exchange in the United States. Together with the above-mentioned Moderna, they have become two major companies that have benefited despite (or even thanks to) the pandemic.

The current inclusion in the Fortune 500 is, of course, a reflection of the financial situation of the previous year, 2021. Most of Coinbase’s revenue comes from platform trading fees, and the numbers from the first quarter of 2022 are far from positive. Due to the fact that it is one of the largest crypto exchanges in the world, they have taken the bear market quite hard. In Q1 2022, they recorded a revenue of $ 1.16 billion, but with a loss of $ 430 million.

Read also: The crypto mining ban in China is just a bad joke

Therefore, if the situation in the cryptocurrency market does not change significantly during the year, we will probably not see Coinbase in the Fortune 500 next year. However, the company’s representatives do not perceive the situation tragically and are talking about market cycles that are currently temporarily not in their favour. The company’s shares, which are currently at the historically second lowest value of about $ 60, were also affected by the decline of the whole market. However, according to them, this will change again in the long run. At the same time, they are trying not to rest and continue to develop their business in various new directions. In May, for example, they launched their own platform for trading popular NFTs.

A bright future at the end of the tunnel

Coinbase’s CEO, Brian Armstrong, also commented on the future of cryptocurrencies, which of course, determines the potential success of Coinbase. He expects the cryptocurrency industry to continue to grow exponentially, and in his view, the crypto economy will explode to 15% of GDP in the coming years. He sees the situation similarly to the often mentioned beginnings of the Internet or the birth of online shopping. He also says that, as most companies currently use the Internet, each of them will be connected to cryptocurrencies in the future.

You may also like: Is Bitcoin waiting for another decline or rocket growth?

Fortunately, Coinbase can rely on a relatively solid user base, as it provides its services and tools steadily over a long period of time. They also profit from the behaviour of the so-called Generation Z, which is technologically proficient and interested in all innovative technologies, such as the aforementioned NFT or metaverse. In response to the negative market development, they decided, for example, to slow down the recruitment of new employees. Coinbase President Emilie Choi also recently said that the company has experienced several ups and downs and has always emerged as a winner.