Is Bitcoin waiting for another decline or rocket growth?

Let's look at different perspectives on the near-future price development of Bitcoin. What can happen? That depends on who asks the question.

If there were indeed a functioning crystal ball, one of the questions that would certainly not be avoided would be – what will be the price of Bitcoin? Given who would ask, the asked time horizons would probably change as well. Traders would be interested in hours, days and weeks. Hodlers would again ask for years to decades.

And that is exactly what the diversity of analysts, enthusiasts and sceptics is about. They look at Bitcoin from absolutely different angles, and their predictions often represent their personal interests. So let’s look at three different predictions and their “backups”.

Scott Minerd and his pessimistic view

The founder of Guggenheim Partners spoke about Bitcoin and its future price development during his participation in the World Economic Forum in Davos, Switzerland. The investment director stressed that the increase in interest rates by the Fed would also result in an ever-increasing pressure on the cryptocurrency industry. Many crypto projects are likely to fail as they provide little or no added value. 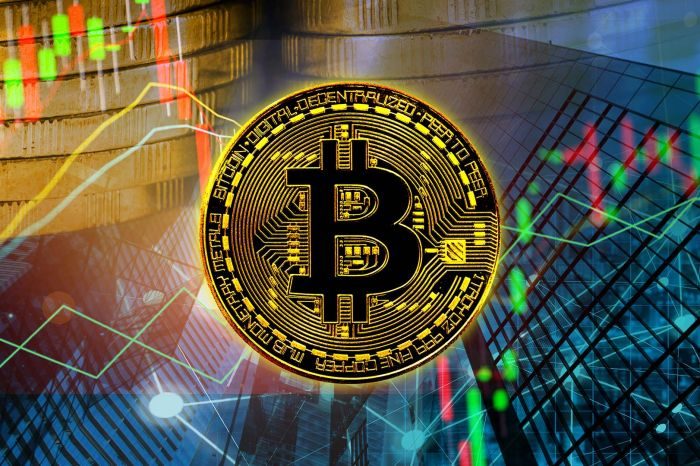 He compares the situation to the Internet bubble of two decades ago when we similarly saw many interesting and gigantic players in the market, but no one knew that the real winners (such as Google and Amazon) would come. Given this, Minerd is not sure whether the winners will eventually be the biggest cryptocurrencies, such as BTC and ETH. However, he claims that these two will survive, but the real king of cryptocurrencies is not clear yet.

Minerd doesn’t even see it positive with the price of the biggest cryptocurrency and predicts BTC a drop below the 5-digit limit if the $ 30,000 mark will not be held. He would consider the $ 8,000 mark as the final bottom, which would undoubtedly be liquidation for many traders. On the other hand, this scenario will certainly be cheered by hodlers, who would get an incredible opportunity for extremely cheap purchases.

This closely watched crypto analyst is known as an expert in Elliott waves theory. It is a form of technical analysis that seeks to predict future price action based on crowd psychology that usually shows itself in waves. According to this theory, the market cycle goes through five waves, with the asset correcting during the second and fourth wave while rising during the first, third and fifth. The theory also states that each large wave consists of five smaller sub-waves.

This is what I was referring to in the tweet below. After the tops in 13/17 we had major bear markets in which it took 3 years to get back to highs. Current corrections are of a smaller degree and this will be proven if/when we break to new ATH in some months. $BTC https://t.co/c7CTSdvWOd pic.twitter.com/L9oVUb3AjG

According to the crypto analyst, Bitcoin is currently in the middle of the fifth wave, forming since the beginning of 2019. Coincidentally, we are currently in the fifth sub-wave, and this, according to Credible, could mean that BTC will soon look at new historical highs. Specifically, he mentioned the $ 100,000 threshold, which is at least psychologically very crucial.

Bitcoin is currently trading at around $ 29,000, and the market situation is not optimistic. This contrasts the views of big crypto enthusiasts and supporters, including Michael Saylor. In a recent interview with Yahoo Finance, he again shared his thoughts on BTC. Despite huge market volatility, he sees the BTC price tag at $ 1 million.

You may also like: The crypto mining ban in China is just a bad joke

In his own words, Saylor does not form the strategy on the current market situation and always looks at Bitcoin in the long term. He defends the million-dollar price tag by saying that it is essentially the future of money. A similar view is shared by Cathie Wood, CEO of Ark Invest, who also predicts that we will be calculating the price of Bitcoin in millions of dollars.

Crucially, Michael Saylor does not belong to the group of “big mouths” that predict growth but would not invest their own resources. He confirmed that his company Microstrategy will not sell BTC at any price level and that their strategy is to buy and hold forever.