China is the world’s second-largest producer of refined fuels, which is why it is so important for the market to monitor its exports of these products. Domestic gasoline demand has been slowly falling, so refiners have taken advantage of new export quotas and exports of gasoline doubled year-on-year in August.

So how were those exports?

China exported 1.12 million tons of gasoline in August, a 97.4% year-on-year increase However when comparing the first 8 months of this year, gasoline development was 30.4% lower than the same period last year.

Diesel exports were 830,000 tonnes, up nearly 52% from August last year. However, compared to the first 8 months of last year, this is an overall decrease of 78.3%. 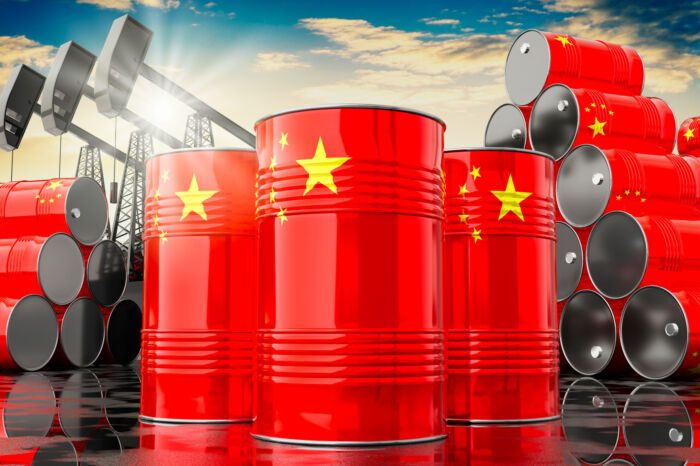 Barrels with flag of China and oil extraction wells

Read also: Europe can get Russian gas through Nord Stream 2

So we can see that exports increased significantly in August and achieved a significant year-on-year increase. However, since the beginning of the year, except jet fuel, we have seen a big drop in exports, which is putting a lot of pressure on the world market and contributing to higher prices. Total gasoline, diesel, and jet fuel exports are expected to fall by up to 40% in 2022 compared to 2021. This would be the lowest exports since 2015.

In contrast, there has been a decline in LNG imports

To get a better idea of the state of Chinese trade, let’s also look at imports of another important commodity. Natural gas and liquefied natural gas (LNG) are other highly watched commodity. China’s August LNG imports fell 28.1% from August last year. LNG imports for the first few months of this year are down 21.3% year-on-year.

There was also an increase in pipeline gas, which rose 9% year-on-year in August. For the first 8 months of this year, import volumes were up 10.6% y-o-y. Much of the imported gas is from Russia, which is increasingly directing its export activity to Asia.