Gold’s position in markets is crucial. On one side, it is well-known that Fed monetary policy mainly impacts the yellow metal negatively. On the other side, the geopolitical tension between China and the USA might bring uncertainty, which rises demand for safe havens.

The current way of solving the economic situation has a predominately negative impact on gold. Higher rates rise competitiveness among financial assets against commodity. Despite the fact that Fed hiked rates by 75 bps, which is considered aggressive, gold turned up. The thing is that this hike was broadly expected. No surprise on rates and comments from Fed’s representative at the press conference, pointed to less aggressive future hikes. Possibly less aggressive next steps from Fed fired the price of gold to the 1750$ level. But the monetary policy should remain negative on gold.

The geopolitical situation in Taiwan

The latest geopolitical situation between China and the USA sparks demand for safe havens. The current military drill with fired missiles over Taiwan rises tensions. The possibility of the next war conflict causes run to safe havens. China shows more aggressive acts after the visit of US representative Nancy Pelosi. She visited Asia and Taiwan is the most watched stop on her schedule. Gold elevated from an area around 1700$ to 1800$, which represents over 5% valuation. 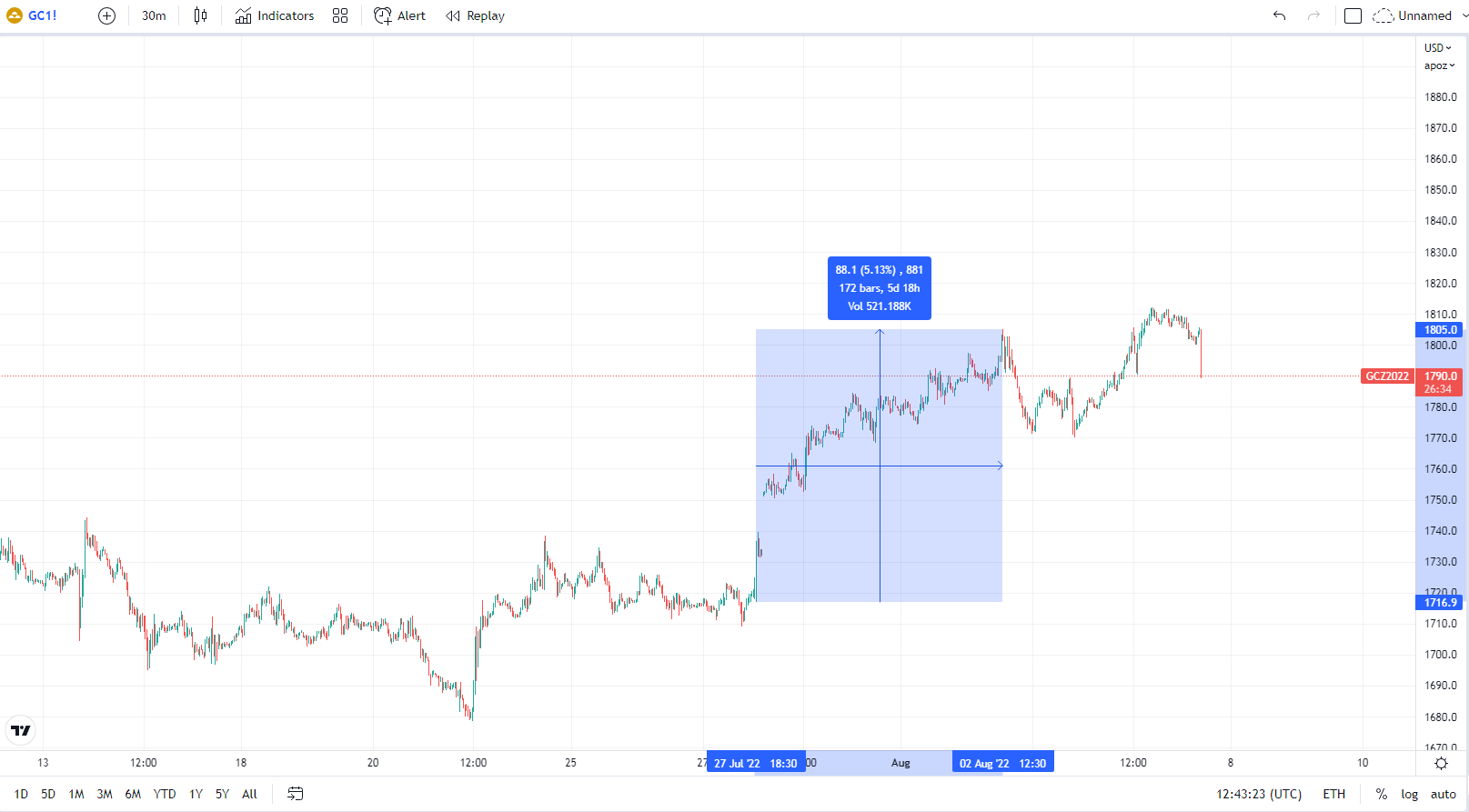 Non-farm payrolls data from the US

The Fed closely observes economic data to set the next steps for its policy. One of these indicators is labour data. Numbers from the labour market revealed a surprise. Actual numbers are higher than expected when NFP added 528,000 vs. 250,000 as consensus. This immediately sent down the price of gold and indices. Higher than expected numbers could show a possibility of an aggressive rate hike in September. Numbers as big as these could change the look at the current policy and spark a possibility of a more aggressive rate hike.