Recently, there has been a lot of discussion about what allies Russia has after invading Ukraine, when Europe and the US turned away from it.

After the Russian invasion of Ukraine, we saw a partial turning away of the Western world from Russia. Russia has started to trade and cooperate more with China in trade and investment.

Of course, Russia has and is looking for more allies than, for example, within the BRICS group. We can now consider Pakistan, which historically has been more of an enemy, as a new ally of Russia.

A quick summary of the past

During the Cold War between the US and Russia in the last century, Pakistan was more on the side of the US. Afghanistan, for example, served as a battleground for the Russian-Pakistani rivalry.

Especially in the 1980s, the partnership between America and Pakistan contributed greatly to the entire disintegration of the Soviet Union into the form we know it approximately now.

However, the situation has changed over time and now Pakistan is not such a close ally of the US. The whole situation escalated in 2011 when US special forces killed al-Qaeda leader Osama bin Laden on Pakistani territory. 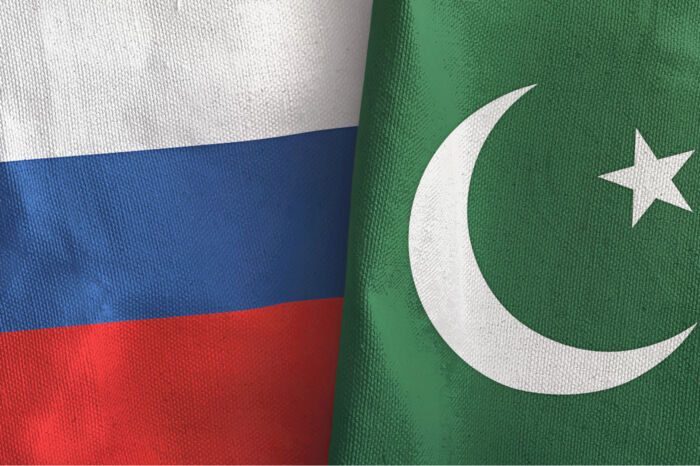 This marked the beginning of an improvement in the relationship between Pakistan and Russia. Their relationship is still improving today and, as Russian President Vladimir Putin has said, Russia already considers Pakistan to be one of its main partners.

“I would like to note that we see Pakistan as a priority partner in Southeast Asia and Asia as a whole. Relations between our countries are developing absolutely positively, and we are pleased about that.”

Cooperation between the countries will significantly boost Russian gas

One of the most important projects to strengthen relations between the two countries will be a gas pipeline to Pakistan, which is not doing well in terms of energy.

The Pakistan Stream pipeline, which was supposed to be operational for several years, will be used, but it never came into full operation. In 2021, Pakistan signed a new deal with Russia worth $2.5 billion to complete the pipeline, which is also sometimes called the North-South pipeline.

Usually, the problem is in Afghanistan

There have been several projects for new pipelines, but geographically most of the routes from Central to Southeast Asia have to go through Afghanistan. Very often, however, projects such as the Turkmenistan-Afghanistan-Pakistan-India (TAPI) pipeline do not materialize because of the danger and political instability in Afghanistan.

You may also like: The US imposes new sanctions on Iran oil

Putin has asked Pakistan to help resolve the problems in Afghanistan so that nothing will hinder their wider cooperation.

So perhaps we will see that Afghanistan, which was previously used to fight the Soviet Union, will now become a key element in strengthening Russian influence in Southeast Asia.