It is not only Sam Bankman-Fried who lost billions in net worth in 2022. Binance CEO, CZ, actually lost the most in this crypto winter.

The year 2021 was extremely positive for cryptocurrency enthusiasts. Many made millions, with few making billions. But that all changed in 2022. The same five crypto leaders who lost the most money in 2022 were also among the top five richest people in crypto before the market crashed. 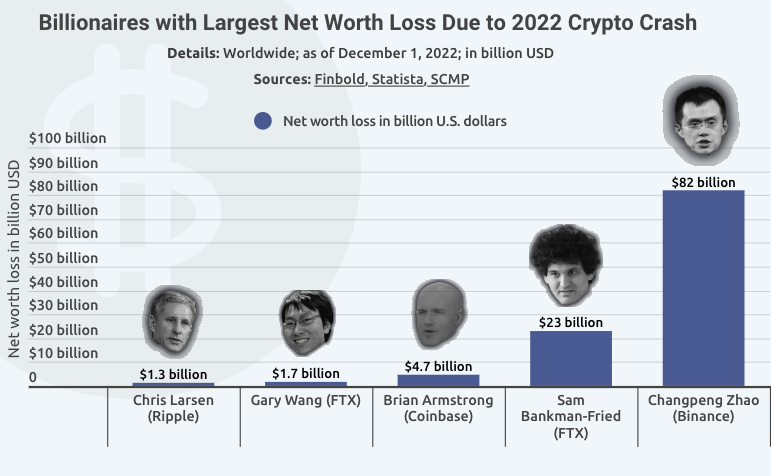 Billionaires with largest net worth loss due to 2022 crypto crash, source: finbold

The CEO of Binance, Changpeng Zhao known also as CZ, the largest centralized crypto exchange in the world, reportedly lost $82 billion in the crypto crash of 2022. CZ is still the richest person in the cryptocurrency industry, with a current net worth of $14.6 billion.

Also read: The best Bitcoin conferences to visit in 2023

However, it was estimated that he was worth $96.5 billion before crypto went on crashing down. CZ is a vocal supporter of crypto technology and he is not bothered by the volatility the market faces. He is heavily focusing on the growth of the whole industry.

SBF is allegedly the biggest loser in the crypto industry as his whole net worth was in FTX tokens (FTT). He was worth $23 billion at the peak of his career but lost it all due to the revealed fraudulent practices of the company.

SBF was arrested in the Bahamas on December 12th, 2022, and extradited to the United States to face charges of wire fraud, securities fraud, money laundering, and conspiracy to defraud the U.S. The bankruptcy petition for FTX, once the world’s fourth-largest cryptocurrency exchange, was filed in November 2022 due to the company’s inability to meet its financial obligations.

He was arrested by the Bahamian authorities but later freed on a $250 million bail. Now he’s facing many trials and is closely watched. It seems that he’s not that broke after all.

When compared to the top five crypto titans, Coinbase’s CEO and co-founder saw the third largest loss, at $4.7 billion. This is due to his stake in the company, which declined by more than 90% in a year. Coinbase is one of the few fully regulated firms in the crypto industry, as its stock is a publicly listed company. 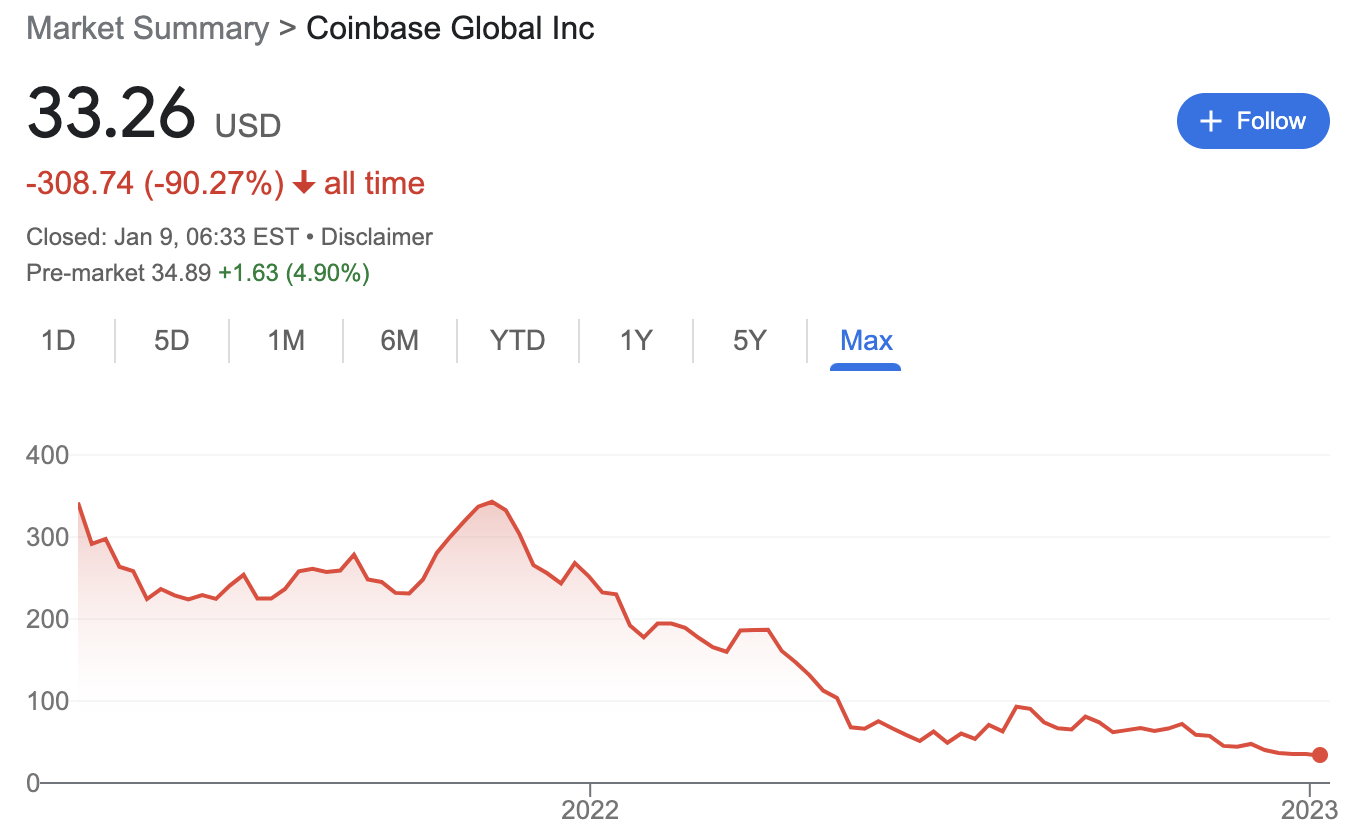 The less popular co-founder of FTX, Gary Wang, lost $1.7 billion in the FTX collapse. Before co-founding FTX, he worked at Google. At one point, he even got to the list of Forbes 400 as one of the richest people in the world. All that ended with the implosion of FTX.

Chris Larsen is the co-founder of Ripple, a cryptocurrency company that has been founded back in 2012, and exploded in popularity in 2017. He still got a noteworthy share in the company, which declined with the whole crypto industry by a whopping $1.3 billion.

Let’s not forget Do Kwon, the founder of Terra Luna that collapsed back in May of 2022. While it’s not known how much he officially lost in the crash of his crypto company, it’s important to realize that Terra Luna was worth around $50 billion at its peak.

Read more: Which S&P 500 sectors outperform the market in crisis?

Even with just a few percent stake in the company, he would lose hundreds of millions of dollars in the collapse. Su Zhu, the former CEO of Three Arrows Capital had reportedly over $1 billion prior to getting liquidated. But the biggest losers are sadly the retail investors who were heavily invested in LUNA, FTX, or other entities that promised them riches and bright future.