CEO Herbert Diess said at the World Economic Forum, that easing supply chain issues will help his company in the coming months.

Tesla is a world leader when it comes to electric mobility and is still growing very fast despite the current global problems.

In an interview with CNBC television, the question was asked about Tesla’s high valuation and its position in the market. CEO Herbert Diess replied:

“Markets are always about the future. Tesla currently is in the lead when it comes to EVs, probably also it is the most digital car company already and they have some advantages. We are still aiming at keeping up and probably overtaking by 2025 when it comes to sales.”

But then there was a reiteration that Volkswagen should close the sales gap soon. 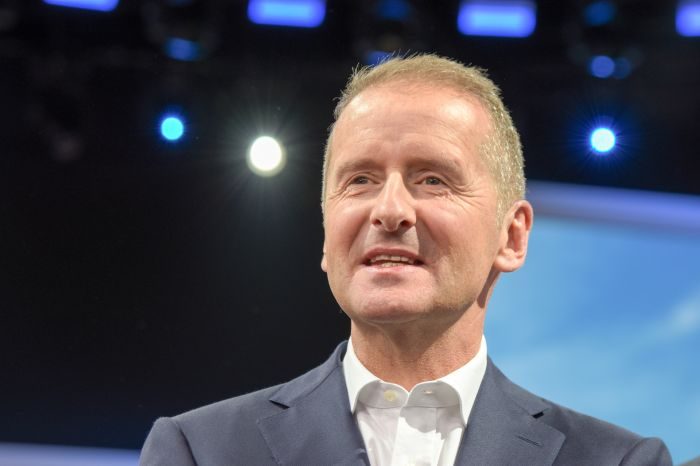 The automotive industry is going through tough times

The automotive industry has been struggling for more than two years with the effects of the Covid-19 pandemic, which has made it difficult to access critical components, making it unable to produce enough cars to meet demand.

Shortages of critical supplies, particularly in battery production, are expected to continue to constrain the growth of electric vehicle sales in the coming years. In the current situation, the whole process is complicated by the war in Ukraine and the sanctions imposed on Russia.

Volkswagen has previously announced that it is going to increase investment in Spain and, among other things, to build a new battery plant for electric vehicles.

Read also: Tesla is no longer the largest position in ARK Invest

“I would say that we would see an alleviation of this situation towards mid-year and second half we should be in better shape if the situation is not getting any worse, which I don’t think so.”

It looks like this year's December could be bullish for stocks as sentiment remains optimistic.
See more