Volatility is expected to be elevated after today's US inflation data.

For now, the dollar-yen has managed to defend the critical 145 support, but everything can quickly change after today’s US inflation numbers.

The newest report on U.S. inflation for October will be the major topic of discussion today as traders try to determine whether the Federal Reserve will raise interest rates by 0.75 percentage points or by a smaller half-percent in December.

The US CPI for October is due later today; it is anticipated to show annual growth of 8%, the lowest since February, and an increase of 0.6% over the previous month on a monthly basis.

The core CPI, which excludes prices for energy and food, is predicted to increase by 0.5% in the month and 6.5% for the year, compared to the preceding reading’s reading of 6.6%

“An outcome in line with the consensus estimate of a 0.5% month-on-month rise in core inflation would likely keep expectations of Fed funds at 5% next year on track and keep the dollar supported,” said analysts at ING in a note.

Similarly, Richmond Fed President Thomas Barkin stated that while the Fed will have to accept the risk, fighting inflation may cause a decline in the US economy.

Moreover, it looks like US yields have stopped their uptrend (at least for now), likely undermining the USD/JPY pair as well.

In Japan, the Governor of the Bank of Japan (BoJ), Haruhiko, stated on Thursday that he had informed Prime Minister Fumio Kishida that monetary easing would be used to help attain the price objective in combination with wage growth.

“The government, BoJ, agreed to work closely to achieve economic growth with wage growth and the inflation target. Furthermore, I talked to PM Kishida about forex, reiterating that one-sided, sharp yen weakening is undesirable for the economy,” Kuroda added.

Nevertheless, the long-term uptrend in the pair remains intact as long as it trades above previous highs of 145, with the target at 150.

If we see a bearish breakdown below 145, significant stop losses of long positions could be hit, possibly sending the greenback toward 142 in the initial reaction. 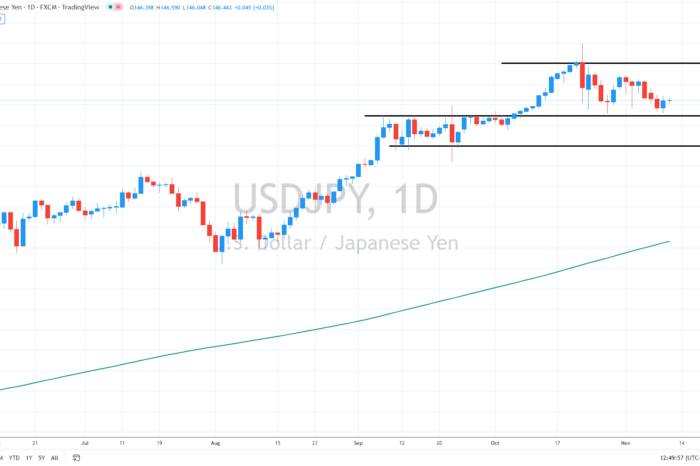