This is a fresh cycle high for the USD after the FOMC minutes, which showed the Fed's determination to fight inflation.

The USD/JPY pair jumped toward 147 during the US session on Wednesday, bolstered by today’s FOMC minutes showing the central bank’s determination to fight inflation.

Fed policymakers came to the conclusion that in order to decrease the high inflation, they would need to adopt and maintain a more restrictive monetary stance.

These minutes may be seen as being somewhat less hawkish than the Fed speakers’ rhetoric and leaning in the direction of a pivot:

“Several participants noted that… it would be important to calibrate the pace of further policy tightening with the aim of mitigating the risk of significant adverse effects on the economic outlook.”

According to the CME watch tool, the odds for a 75 basis points rate hike in November reached 96% after the Minutes.

You may also read: These 3 main reasons drove inflation sky-high

Earlier in the day, the Labor Department’s producer price index rose by 8.5% from January to September, slightly more than the expected increase of 8.4%. The reading was still below the 8.7% increase in August.

The headline CPI inflation data are due today, likely confirming the soaring inflation, probably prompting another wave of USD buying and selling in stocks/bonds.

As the yen breaks 146.00 on the charts vs the US dollar for new 24-year lows, Japanese Finance Minister Shunichi Suzuki is reiterating the government’s vocal warnings.

As long as the pair trades above previous highs (pre-intervention) of 145, the immediate outlook seems bullish. However, momentum will likely be slow as fears of another 500 pips decline could derail bulls. 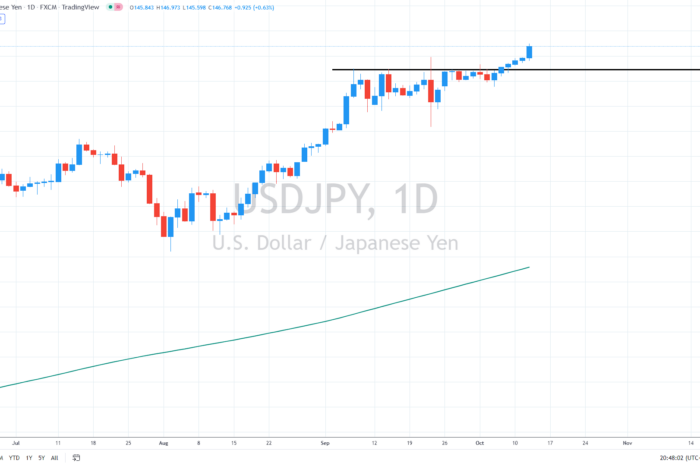