US boosts production of minerals for electric car batteries

US President Joe Biden has allocated $2.8 billion to boost US production of minerals for electric vehicle batteries.

We’ve already informed you that the US wants to move as much EV battery production back to the US as possible. We also told you about the large investments by car companies in battery factories.

However, there hasn’t been much discussion yet about where to source the key basic materials to make these batteries. The US produces some of the raw materials itself, but at the same time, it is still quite dependent on imports for a lot of the basic materials.

You may also like: Did MIT invent a new type of cheap battery?

As one of the next steps to reduce dependence on China, US President Joe Biden has allocated $2.8 billion to increase production of the things needed to make batteries for electric vehicles.

How will the funds be allocated?

A total of 20 manufacturing and processing companies that are involved in the extraction of basic raw materials such as lithium, graphite, or nickel will be supported.

In addition to mining, support will be given to the construction of the first large lithium processing plant in the US, other smaller plants producing individual battery parts, and ultimately a battery recycling site. 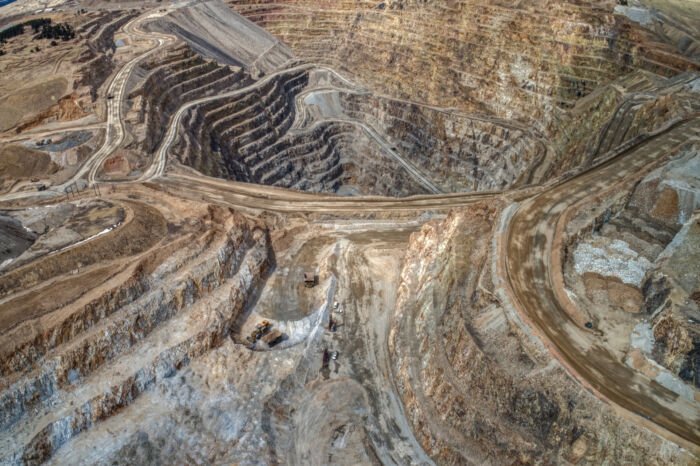 Aerial view of a large mine

Read also: US core inflation rises to 40-year highs: What does it mean?

The funding will be distributed to the companies according to a pre-determined plan. So, for example, Ascend Elements will receive one of the largest grants, specifically $316.2 million to build plants to produce individual smaller battery parts.

The buzz was around Piedmont Lithium Inc, which is to build a lithium processing plant in Tennessee. However, since its plans to mine lithium in North Carolina didn’t go through, it will process lithium from Ghana and Quebec for the time being. The company will receive a $141.7 million contribution.

The next step toward the US goal

This effort is another step toward President Joe Biden’s goal of having 50% of all new cars running on electricity or at least hybrid power by 2030.

The US government said.

“China currently controls much of the critical mineral supply chain and the lack of mining, processing, and recycling capacity in the US could hinder electric vehicle development and adoption, leaving the US dependent on unreliable foreign supply chains.”

So let’s see how this government assistance can actually help the entire industry. The total amount is not large enough to make the United States a self-sufficient nation, but at least it shows us the direction the United States wants to go.