Unexpected partnership of Rivian and Mercedes?

Rivian and Mercedes are planning to cooperate in a common factory in Central or Eastern Europe. Together they want to produce electric vans.

We have already informed you several times about the cooperation between the two companies in the field of electric vehicles. Usually, however, it’s mainly about cooperation in battery production.Now, it looks like the 2 automakers Mercedes and Rivian will be joining forces, where each will bring what they are great at.

Mercedes, apart from cars, is known for its vans and Rivian is known for its development of electric cars and vans which are mainly used by Amazon. So together they want to create an electric van that incorporates the best of both companies.

Both automakers will invest and operate a joint factory in Eastern or Central Europe. It is not yet known how they will divide the interests in the factory, but both will work together to create an electric van there.

In a joint statement, the automakers said.

“The aim is to build a completely new production plant that will produce only electric vehicles, using the existing Mercedes-Benz plant in Central/Eastern Europe.”

They plan to produce two large vans, one based on the Mercedes design and the other on Rivian’s second-generation electric van, the Light Van. 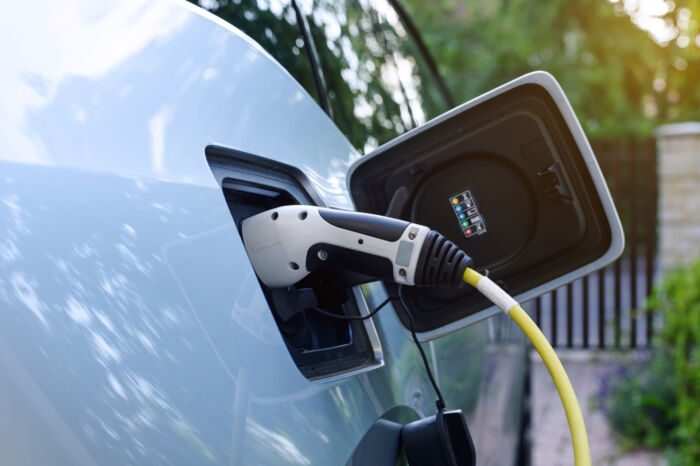 Close up of power supply joined to modern electric car

Mathias Geisen, head of the Mercedes-Benz Vans division, said more about the collaboration.

“We share investments and technology [with Rivian] because we also share the same strategic ambition: to accelerate the electrification of the van market with sustainable and high-end products for our customers.”

Will there be other collaborations over time?

We can expect to see more collaboration in the future if the two automakers are comfortable with working together. As the sale of new cars with combustion engines is to be banned in Europe by 2035, Mercedes in particular will have to make a major effort to switch to the electrification of its vehicles. This would, of course, open up room for further cooperation with Rivian.

The fact that this option is on the table can be suggested by statements from both companies.

“Further opportunities to increase synergies from the joint venture will also be explored.”