Bitfarms had a 75% year-over-year increase in production. It now mines an average of 13.5 BTC per day but is not currently selling any.

Cryptocurrency mining companies are an interesting alternative to cryptocurrencies for many investors. Let’s take a look at a miner today that is showing us some rather interesting production growth.

Bitfarms Ltd. is one of the largest cryptocurrency mining companies in North America. The company’s primary focus is on Bitcoin, whose production has been steadily increasing month after month and has managed to mine 75% more year-over-year. The company is publicly traded on the Nasdaq exchange under the ticker: BITF.

The company said on its Twitter account that it mined an average of 13.5 BTC in April, which is approximately $520,000 per day and approximately US$15.6 million for the month based on a BTC price of US$38,500.

The company saw the largest increase due to the installation of approximately 5,900 new miners, which increased Bitfarms’ online hashrate by more than 590 PH/s. In terms of energy, the company now operates with a total electrical capacity of 137 MW.

Bitfarms also has a big advantage in the eternal question about the environmental friendliness of cryptocurrency mining. This is because each of its facilities is more than 99% powered by environmentally friendly hydroelectricity and is secured by long-term power supply contracts. 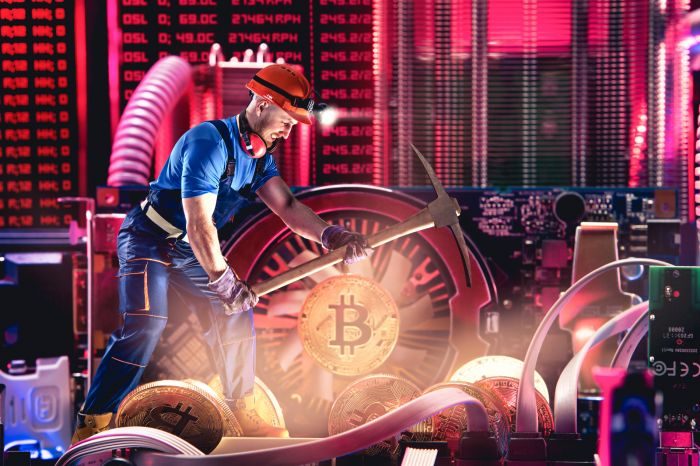 Bitfarms mines but does not sell

Of the 405 BTC the company mined in April, 403 BTC were placed in custody and thus not for sale. The company’s reserve has increased to 5,646 BTC, representing just over $218 million.

This shows us that compared to industry giants like MicroStrategy, which has 129,218 bitcoins in its possession, Bitfarms is a somewhat small company in this regard. However, for a lot of investors, it’s these smaller companies that are interesting for a long-term investment especially when the company is a miner and we see the nice potential of a 75% increase in year-on-year production.

We do not recommend investing in this company based on this article. However, on May 16 the company is expected to release its quarterly results and these results may be reflected in the share price.

We can see below that the last quarter has already shown great performance. 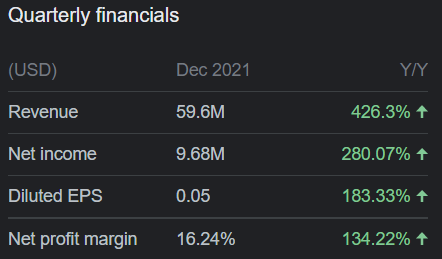 So do your own research and let us know what you think about this promising company.