The sad story of Bed Bath & Beyond

Bed Bath & Beyond is a billion-dollar company that is facing allegations because of possible insider trading connected to its former CFO.

Bed Bath & Beyond made headlines in the last couple of weeks as its stock skyrocketed by 500% in a short time. However, the pump didn’t last long as the stock dumped later, and the company faces allegations.

Uncovering the story of Bed Bath & Beyond

Right after the stock dropped from $30 somewhere below $10, Gustavo Arnal, the CFO of Bed Bath & Beyond, jumped from the 18th floor of New York City’s Jenga tower. This happened right after the latest company’s update, where it plans to close 150 stores and lay off 20% of its staff. Now new information was leaked that he allegedly faced accusations connected to the stock’s latest price surge.

Bed Bath & Beyond joined the frenzy of meme stocks, and the death of the company’s CFO was the latest event that shook its reputation. The stock price was mainly hit by information that GameStop’s Chairman Ryan Cohen sold his stake in the company. Bed Bath & Beyond is reportedly the target of a pump and dump conspiracy by Arnal and Cohen, according to a lawsuit lodged in the District of Columbia’s US District Court on August 23.

“From March 2022 through August 2022, Cohen, in conspiracy with Gustavo, JPM, and others, engaged in a fraudulent scheme to artificially inflate the price of BBBY publicly traded stock,” the lawsuit stated.

According to the lawsuit, Cohen “approached Gustavo about his plan to amass BBBY shares,” reportedly persuading the Bed Bath & Beyond CFO that the scheme would be advantageous to both parties. Cohen would effectively serve as price support for the stock with control over a sizeable chunk of the public float. Gustavo would perform a similar function by regulating insiders’ stock sales.

Laura Crossen, senior vice president of finance and chief accounting officer, has been named the company’s interim CFO, according to a regulatory filing. Events like this really show how manipulated the market is despite the effort of the Securities and Exchange Commission (SEC) to keep order in financial markets.

Read more: Is the crypto market ready to takeoff?

Although many people lost money on this stock, there is a huge exception of a 20-year-old student, who netted $110 million from the trade on BBBY. The stock is now down by more than 70% from its peak from August, and the current economic situation may draw the stock even lower. 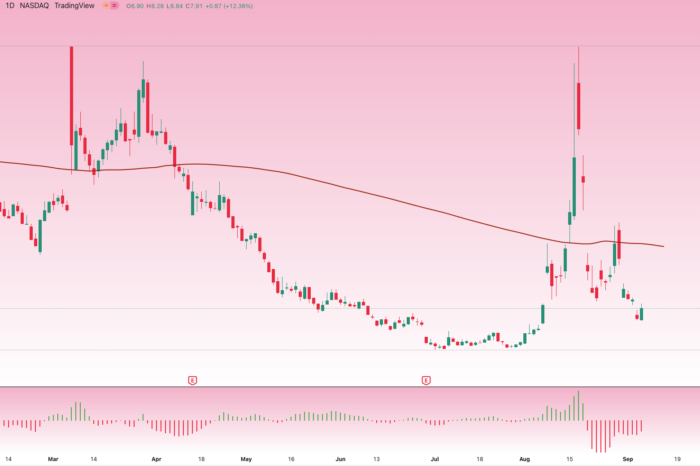 Bed Bath & Beyond is a clear example of how a billion-dollar company’s upper management may be corrupted and how it may affect the price of the stock.