The Philippines is the fastest growing economy in East Asia

The Philippine economy grew faster than expected in the Q1, raising expectations of an interest rate hike to curb rising inflation.

Although many countries are struggling with economic growth due to the current geopolitical and economic situation, the Philippines does not seem to be experiencing this problem.
The gross domestic product (GDP) of Southeast Asia’s fifth-largest economy grew 8.3% in the first quarter compared to a year earlier, well ahead of forecasts and faster than the 7.7% expansion in the previous quarter.

The expansion marked the fastest growth since the June quarter of 2021 when growth reached 12.1%. And it also made the Philippines the fastest growing economy in East Asia. 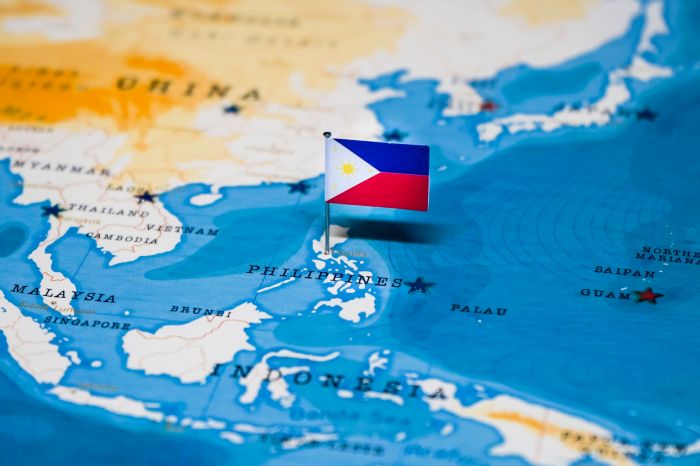 Flag of the Philippines on the world map

However, interest rates are expected to rise

The Bangko Sentral ng Pilipinas (BSP), the country’s central bank, holds its next policy meeting on May 19 amid growing expectations of an interest rate hike to tame rising prices that could threaten the economic recovery if left unchecked.

ING’s chief economist for the Philippines Nicholas Mapa commented on his Twitter feed as well, adding that he also expects the central bank to raise interest rates.

The BSP has been keeping interest rates very low for a longer period, which, while indulging economic growth at the moment, could only strengthen the spillover of high inflation from abroad into the Philippine economy.

The BSP has been counting on increased inflation in the country even before the situation in Ukraine.

The Philippines' central bank @BangkoSentral had expected Q2 inflation in the country to be elevated even before the Ukraine war, says its governor @GovBenDiokno.

He also adds that they have raised their annual inflation forecast to 4.3% due to rising commodity prices. pic.twitter.com/pJu5Yq8IPr

In his earlier tweet, he also announced the biggest reason for rising domestic inflation. It is, among other things, the rising prices of fish and meat.

as well as higher meat and fish prices are the primary sources of inflationary pressures during the month. Inflation pressures will also emanate from positive base effects. These could be offset by lower prices of fruits and vegetables and the broadly stable peso.

So inflation up to 5% is expected and now everyone is waiting for the aforementioned May 19 meeting and the BSP’s actions.